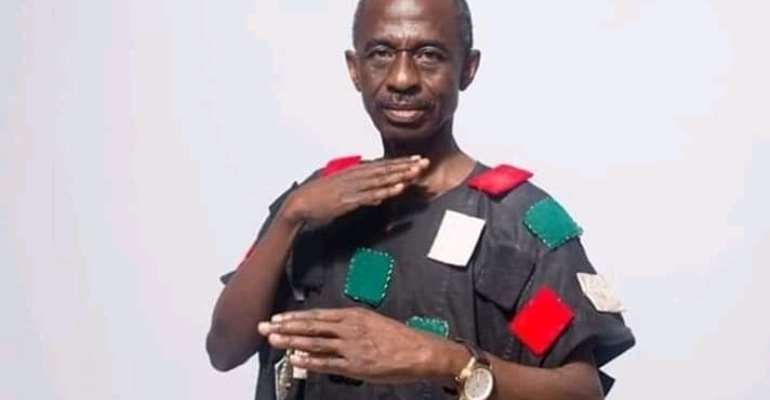 The National Executive Committee (NEC) of the main opposition National Democratic Congress (NDC), at an emergency meeting on Monday, 1 March 2021, has “noted with alarm, the letter written on behalf of the Judicial Service of Ghana through its lawyers, [email protected], to some media houses, which sought to censor their duty to hold public institutions, including the courts, accountable for their actions”.

In a communiqué issued after the meeting, the NDC said: “We note that the letter from the Judicial Service seeks to limit the right to free speech and press freedom to mere praise-singing of the Judiciary, even in the face of several unjust rulings from the apex court”.

It said NEC holds the view that the Judicial Service “has no right or authority to threaten anyone, much less the media, for performing their constitutionally mandated duties”.

“There are clear procedures laid out in our laws for dealing with specific infractions of media ethics and laws”, the party said, adding: “We find the letter from the Judicial Service an affront to free speech and press freedom, which threatens the pillars of democracy that the people of Ghana have nurtured over the years”.

“We condemn it in no uncertain terms and call on the Judicial Service to withdraw same without delay, as a sign of respect for the democratic culture of free speech and press freedom”.

On the same issue, the Managing Editor of the Insight newspaper, Mr Kwesi Pratt Jr., has served a strong warning to the Judiciary that it cannot use its powers to threaten, cow and scapegoat the media.

Speaking at a press conference organised by the Ghana Journalists Association (GJA) on Monday, 1 March 2021, to respond to the letter which ordered media houses to delete “spiteful, hateful and vengeful” publications about some of the Justices of the Supreme Court sitting on the ongoing election petition, Mr Pratt said: “There are so many issues which arrive out of this letter, this threat, which has been issued, allegedly on behalf of the Judicial Service”.

“The statement does not even clarify what is an offence and what is not an offence”, he observed, adding: “It’s just a vague threat intended to cow us”.

He, however, noted: “We [media] are not responsible for the anger in our society”.

“We cannot be held responsible for the irresponsibility of all the sectors of the society.

“If there’s anger in the society which needs to be addressed, let us find the root cause of that anger and deal with it collectively as a people and we must deal with it as journalists, as doctors, as engineers, as drivers, as masons, as carpenters and as all citizens of this country.

“We will not allow ourselves to be held as scapegoats for the misbehaviour and irresponsibility of national leadership”, Mr Pratt noted.

According to him, the media is united in its resolve to fight off what they perceive as an attempt to muzzle them.

“On behalf of all those in media practice, we would like to serve a clear notice that we stand behind our leaders solidly. Nothing will shake our support for our leaders in this battle against the veiled attempt to cow us down”.

At the same event, the GJA described as “obnoxious” and “threats to media freedom”, the letter from the Judicial Service served through its lawyers [email protected], in which it said it will take appropriate actions against media houses who fail to delete certain comments its clients – Justices of the Supreme Court – find hateful and vengeful.

The Judicial Service, in the letter to the media houses which, according to it, had published “hateful, spiteful, vengeful and incendiary” comments about the Justices of the Supreme Court, ordered the media platforms to “pull or cause to be pulled down and cleared from your platforms”, all such statements and speeches.

The Judicial Service also demanded that those media houses, as well as all others, “prevent the publication of such statements and speeches on your platforms”, and “forthwith, exercise the highest level of discernment, discretion and responsibility insofar as the publication of statements and speeches regarding the administration of justice is concerned”.

In his response, GJA President Affail Monney said: “If not reversed immediately, the ill-advised, ill-timed, ill-crafted and ill-issued statement by the Judiciary can provoke a tsunamic backlash, lower the dignity of the court in the eyes of freedom lovers and critical citizens, pollute the media environment, undermine our impressive media rankings globally and dim the beacon of our democracy”.