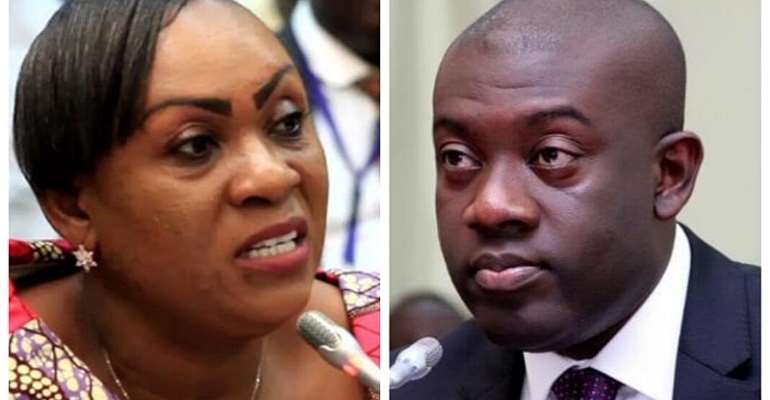 Information-Minister designate, Kojo Oppong Nkrumah and Minister-designate for Fisheries and Aquaculture, Mavis Hawa Koomson have been rejected by the minority members on the appointments committee.

The Minister-designate for Food and Agriculture, Dr Owusu Afriyie Akoto, has also been rejected by the Minority members citing arrogance on the part of the nominee.

However, twenty-two ministerial nominees of President Akufo-Addo have been unanimously approved by the Appointments Committee of Parliament, according to Ibrahim Alhassan, EIB’s Parliamentary correspondent.

The committee is also demanding clarification on five others while the three rejected may require majority decision via voting on the floor of Parliament.

The Minority side of the Appointments Committee will formally communicate to the appropriate authorities to indicate the clarifications they need with regard to the remaining five nominees of President Akufo-Addo.

The approval of John Peter Amewu, the former Minister for Energy who supervised the PDS deal and has been nominated by the president to serve as the Minister for Railways Development and the Attorney General and Minister for Justice designate are also on hold.

Sack all underperforming security personnel – CFF Ghana to A...
13 minutes ago