Rethinking a lingua franca for Ghana 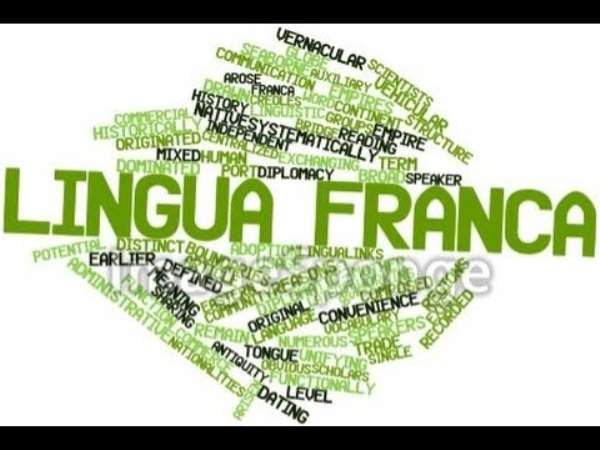 At her vetting by the Appointments Committee in Parliament recently the Minister-designate for Fisheries and Aquaculture Development, Hon. Mavis Hawa Koomson was alleged to have expressed herself in Ghana’s official language, English, below par. And as usual, politics checked in, and the general consensus would hang the poor woman. Incidentally, she is the person who had to ward off her would-be assailants on her way to a campaign sometime in the campaign season last year so the grudge was huge to say the least.

Ghana, like most former colonies of European powers, still maintain the English language as its lingua franca, and for almost sixty-four years after political independence, Ghana, like several other African countries has no national language. We continue to cling to the linguistic relic that was bequeathed to us. Of course, it is also the medium of expression at the country’s parliament. Parliament’s own Standing Order Clauses 47 and 76 spells out the use of local languages in its proceedings but the Minister-designate chose to express herself in Ghana’s official language. Following her linguistic flaws at her vetting, calls for her rejection have been rife, especially among those in the opposition National Democratic Congress.

But in reality, the ability to lead is not an integral function of fluency in a foreign language. Effective and efficient leadership is anchored on vision, commitment, discipline, focus, and wisdom, among others. Parliament would do Ghana a disfavor if it disapproves the Minister-designate for Fisheries and Aquaculture Development solely on her expression of herself in the English language. If she performed satisfactorily in her previous position as Minister of Special Development Initiatives without being fluent in the Queens English, why wouldn’t she be able to do same in a similar position?

She is the government official who led negotiations for the order of ambulances for the country in 2018. She also supervised the digging of dams in the Northern Region of Ghana under the “One village One Dam” initiative. She indeed has a few other initiatives under her sleeve and it is obvious her performance is what made the president nominate her for her new appointment. She has a track record, even though detractors would rather she is rejected for her new job because she failed to impress with her poor handling of the English language at her vetting.

We continue to be bamboozled by the wearing of dark gowns and horsehair wigs by lawyers and judges quoting and using unintelligible language and Latin terms their clients hardly understand. In our schools and centers of learning, the English language is the only means of communication in teaching and learning. For reasons most difficult to understand we ourselves have been compromised with the disgrace of speaking somebody’s language and being comfortable with it.

A major challenge for Africa is not just adopting one dominant language in a country as a lingua franca. It is the issue of dealing with the social repercussions. In Ghana with more than 80 languages and dialects which language fits the bill? Professor Kofi Agyekum, a lecturer at the University of Ghana in a discussion, on “Kokrokoo,” a Twi language program on Peace FM has suggested that the only way to achieve a lingua franca in our case must be to let things happen naturally through a natural selection process. That process, we fear could take a long time.

An illiterate Englishman or woman may be able to express himself or herself in Ghana’s Parliament by virtue of medium of expression, but that does not translate to leadership.

Amandla thinks that it is providence that has ignited the current debate. We think it is time for Ghana to start a serious debate and discussion on a national language.

The quondam Soviet Union had about 130 languages, yet the Russian language was made its national and official language to facilitate growth. And one of their longest serving Foreign Minister, Andrei Andreyevich Gromyko on most occasions refused to speak to the international media in any other language except in his national language, even though he was fluent in other foreign languages.

For a start, we suggest that local languages must not be an elective in the second cycle schools. If for example, one attends a High School in the Greater Accra Region, Ga or Ga-Dangme must be a core subject. Any other local language may be selected as an elective and so on and so forth.

It is disheartening to learn that a private university in Accra recently suspended Ga language in their program for lack of tutors.

Hawa Koomson’s troll on social media and elsewhere is neither here nor there. Assuming, without taking into consideration that she speaks only local languages, doesn’t her designated Ministry have enough technocrats, experts, and translators to articulate her vision and goals?

Ghana has been gradually and systematically giving in to foreign cultures on all facets of life and it’s about time we take a second look to recalibrate our values, cultural et al.

And to the educated who believe that speaking English, French, Spanish, etc. fluently is a measure of literacy, it is important for them to understand that an illiterate person is one who cannot read or write his/her natural language.