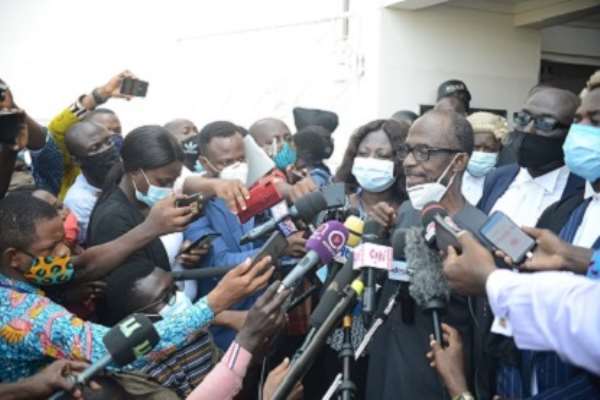 The opposition National Democratic Congress (NDC) has asked its supporters to remain calm and resolute ahead of the final judgement of the Supreme Court on the 2020 Election Petition case.

The party in a communiqué issued by its General Secretary, Johnson Asiedu Nketiah on Monday, March 1, 2021, said it is hopeful that the court will “uphold and promote probity, accountability and transparency” in its judgement.

NDC in the four-point communiqué which touched on various issues including the ongoing ministerial vetting in Parliament suggested that the posture and actions of the Electoral Commission (EC) smack of partisanship and as such, the party will do all it can to rid the commission of the partisan biases and prejudices.

“Finally, as Ghanaians await the verdict of the Supreme Court on the election petition, NEC urges all NDC members and supporters to remain calm and resolute. It is the prayer of NEC that the Supreme Court will uphold and promote probity, accountability and transparency, and give effect to the will of the people expressed on 7th December 2020 in its judgement on the matter. The party will on its part, stop at nothing to rid the Jean Mensah-led Electoral Commission of its partisan biases and prejudices, and ensure transparency and fairness in national elections,” the party said in the communiqué.

The Supreme Court is to deliver judgement on the 2020 presidential election petition on Thursday, March 4, 2021.

This comes after all parties in the case successfully filed their closing written addresses.