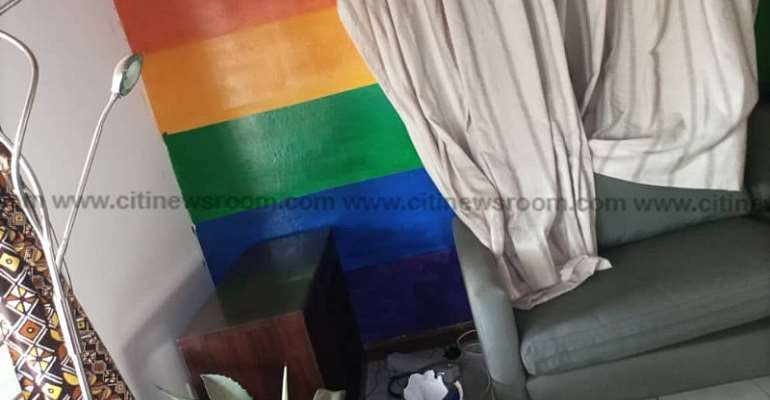 I am encouraged as a Ghanaian diaspore to join the band wagon parading the streets of Ghana singing sweet song whose melody is culture, human rights and spirituality and the lyrics Thereof is all about LGBTQI and western chauvinism. I just want to consider my perspective on this issue from two fronts, albeit; the western donor nations whose economies have matured enough to the point where religion and spirituality is gradually being consigned to the dustbin of civilization and societal norms have yielded their rightful place to everything goes in the name of human rights. And perhaps, the all too familiar front of developing but cultural sensitive, poor but religiously conservative Aid recipient nations of which Ghana is one of such nations.

In the western countries everything is seen and defined as being in their interest or against their interest damn the interests of other nations. For example, in America a former Vice President by name Dick Cheney said in the lead up to the Iraqi war that, the Iraqis were sitting on American oil so it was in their interest to get rid of Saddam Hussein in order to get their oil. To Cheney, it didn’t matter what became of Iraq so long as they got what was in their interest with fewer American casualties. And I believe that we are all witnesses to what has happened to Iraq since then.

LGBTQI rights are in the interest of the western nations whose culture and norms have been dissipated by economic advancement to the extent that even churches have been turned into clubs and coffee shops in cities like New York, California, London and others. To them, the level of moral decadence is so overwhelming that they know that their societies have sunk into irredeemable depth and that, had it not been immigrants, their respective populations would have been aging populations by now. There is therefore, the inherent fear that in the near future, their respective countries would be overrun by immigrants from Africa, Asia and Latin America. It is therefore, within their so-called interest to stem the rise of population growth in developing nations to forestall any huge future immigration to their respective countries and one of the ways is to encourage practices that have the tendency to reduce population growth in developing nations such as the LGBTQI agenda. Such agendas are often disguised as human rights promotion in the world.

Now my question is this, if the practice of sodomy is considered a human right issue because it involves two consenting adults who choose to do what they want to do with their own bodies, then what is more consenting than a matured woman who chooses to lease her own body to prospective male customers who also maturely consent to rent for a short period of time for their delightful pleasure and pay the woman the agreed fee? I guess you know what I am talking about here; the ancient profession of prostitution. In US for instance, prostitution is prohibited, though I concede that the ban is not strictly enforced, yet if anyone openly declare herself a prostitute, she could be arrested for prosecution and possibly jailed. Do women not have the right to use their own bodies to make a living? What is more fundamentally a right than the right to earn a living? Yet prostitution is banned but sodomy is promoted . What an irony!!

In a more humane way, what could be more beautiful than a black African man who marries two or possibly three White American ladies and love them all. That would even help to reduce some of the stress on some of these women who think they may never get husbands before they die. Yet the western nations frown on polygamy because it is viewed as an African practice and anything African is bad. In US, one would be jailed if found to be practicing polygamy because there are laws against that. But of course irrespective of the fact that the people who might want to engage in polygamy would be consenting adults whose actions would not affect any third party other than themselves, the government forbids them to do what would be in their rightful interest to do.

At the local front, I hear people advance arguments in support of the LGBTQI to wit; we are all humans and that they must be accepted and their rights too respected, as if someone has said that they are not humans. My question is this, has anyone ever heard the straight in society asking for recognition? So why should a section of the society ask for recognition from the other part if indeed there is no disparity between them and the other group? Nobody in the larger society is saying that those in the LGBTQI community are not humans, yes they are humans but deviants in the societies they live in. Are armed robbers also not humans? What if they also ask for recognition and freedom to practice their trade. Are we then going to grant them that freedom and right to operate because they are equally humans?

Some have even argued from Biblical perspective that we are all sinners; “For all have sinned and have fallen short of the glory of God” according to the Bible. Such people cite the sexual promiscuity of especially the married fraternity in support of their argument and to some extent they have a point or two there, however, what I have never heard of in my life and in all my travels is any association of married men who have side chicks neither have I ever heard of married women with side guys formed an association and asking for recognition. If you are gay or lesbian, for heaven’s sake just live your life as you please and away from the glare of society and stop asking for the larger society to give you recognition.

What about those who compare the non-acceptability of sodomy to racial discrimination against blacks in the US and Europe decades ago. This argument is overstretched to say the least. There is no particular ethnicity or race that practice sodomy, if there were, I would have been one person to spearhead their recognition because that would be argued on the basis of their cultural practice. In the LGBTQI situation what do we see. We see a small group of people within the larger society acting in a way that is contrary to the very norms of the larger society and yet asking the larger society to acquiesce their behavior. That of course is pure madness.

There is also the argument that being gay does not hurt anybody, whichever way you look at this argument, it's inherent fallacy is revealed. An eminent sociologist once said “ Society is not out there to be touched, but it has objective facticity “. In the same way that people cannot be allowed to take their own life because it offends society, LGBTQI people can not and should not be given the freedom to practice sodomy because their actions offend society. The consequence of gay behavior requires increasing the provision of additional health care facilities and that requires the use of society’s resources including tax payers money in sponsoring such facilities. In as much as LGBTQI people do not live in a society of their own, they must know that their actions affect everybody in the larger society and therefore, society must be concerned.