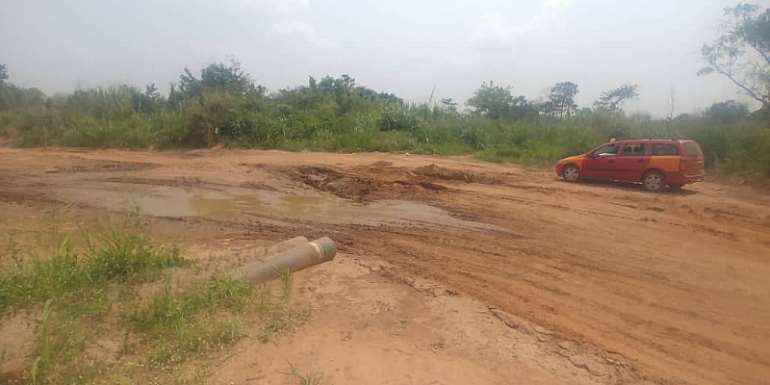 A Badly Damaged Road At Kyekyebo

Some residents of Sekyere Central District of Ashanti Region have appealed to the government to come to their aid with infrastructural development to improve the living standard of the people in the areas.

In a separate interview Modernghana News had with residents, they complained bitterly about how some towns and villages in the district have been neglected in terms of basic facilities like portal drinking water, electricity, hospital facilities, schools, roads among others.

At Aframso where a temporary bridge has been constructed across River Afram, a resident Madam Afia Mansa recounted the ordeal the people go through during rainy seasons.

They indicated that several communications have been made to the appropriate quarters and the town's elders for attention but to no avail.

The story was not different at Nsuta Jodiako, Kyekyebo and Birim where shocking comments were made on persistent highway attacks by armed robbers, compelling residents to become frightened and have abandoned their farming activities.

For instance, a 35-mile road linking from Nsuta Kwamang -Birim township is depleted to an extent that many commercial drivers refuse to ply it and the few taxi drivers charge exorbitant fares.

A driver who identified himself as Nkrumah refused to accept the blame on the high fares deliberately inflated by drivers, rather he linked the situation to the poor state of the road networks, which açcording to him drivers are supposed to use 45 to 50 minutes to reach the final destination, but now take them almost two hours.

At Kyekyebo near Birim, described as the most flooding prone area during rainy seasons, Opanin Afreh appealed for a bridge to be constructed across the road before the rains sets in.

In the interviews, it came to light that the area plays a leading role in food production and exports to Kumasi such as Kumasi Moro Market, Dr Mensa, Bantama and Afia Kobi markets and other cities in the country.

Some residents who spoke to ModernGhana News indicated that it was for these reasons they decided to vote for immediate past NPP MP for the Sekyere Central Constituency Hon Asamoah Adjei for the past eight years with the hope to address their plights.

At Birim, the residents showed some signs of confidence in the newly elected NPP MP for the area, Hon Agnes Adjeiwa Ntim who is said to have started a project to connect the area to the national grid.

The residents said as Ghanaians they also deserve better life adding that whilst MP is putting in all efforts to provide them with projects to benefit them, they hoped that government will take a leading role to support their MP to speed up the process. 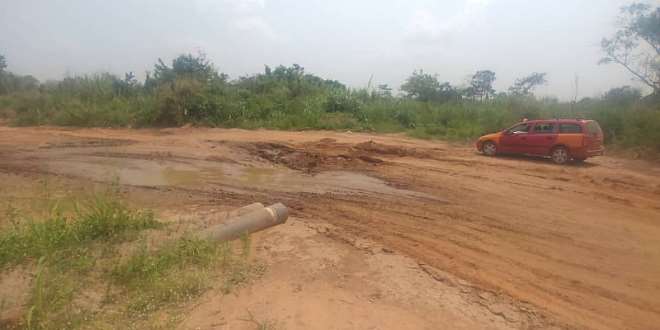 A Badly Damaged Road At Kyekyebo 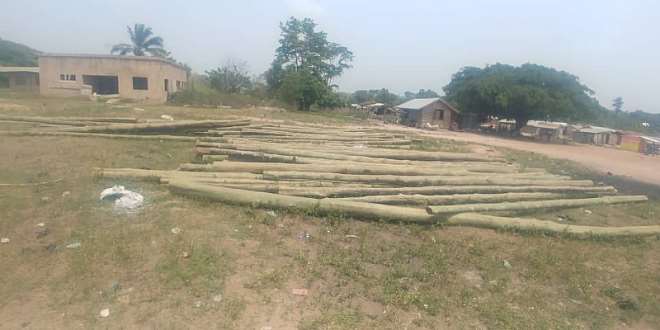 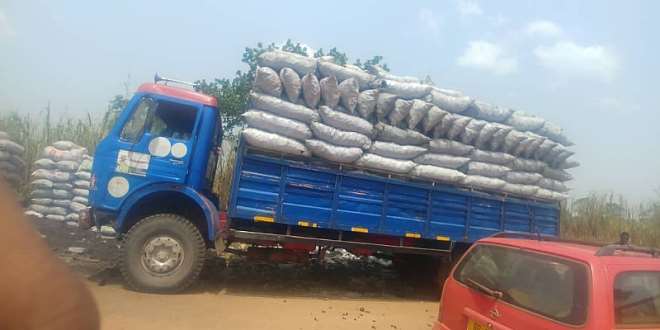 Charcoal Products Exporting From The Area To Kumasi