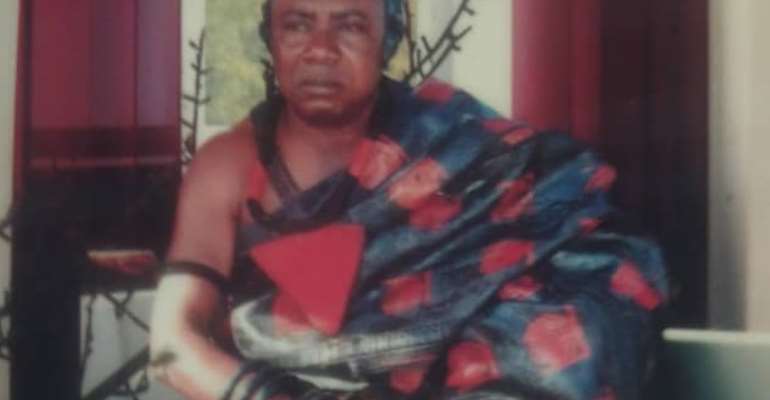 At the time the government is doing everything possible to fight against the spread of the covid-19 pandemic in the country, some citizens are intentionally thwarting the efforts to kick out the virus completely.

And it is against this background that Nana Baffour Agyekum, the chief of Kwamang Birim in the Sekyere Central District of the Ashanti Region is appealing to the President to immediately task the Police to come over to his town and enforce the covid-19 protocols.

According to the chief, some people in the town used four days to organise a funeral despite the ban.

Nana Baffour Agyekum has expressed worry that the situation if not checked could lead to massive infection in the area.

Speaking to the Modernghana News team who visited the town upon a tip-off on Friday, February 26 2021, Nana Agyekum who also doubles as the Siakwanhene of the Kwamang Traditional Council indicated that on Monday, February 22 2021, an elder of the town, Ebusuapanin Kwabena Martin came to his palace to seek permission to hold a funeral ceremony to bury a dead relative.

The Chief noted that after the elder presented some bottles of schnapps, he (the Chief) inquired more about the sort of arrangements he had put in place with regards to the Covid-19 protocol restrictions.

He added that the elder failed to give any reasonable answers after which he excused himself.

Nana Agyekum said he was shocked to hear that Ebusuapanin Kwabena Martin and his family members went ahead to organise a big funeral even without putting in place Covid-19 protocol such as wearing of nose masks, handwashing and sanitising.

The chief added that from Monday to Thursday, February 25, 2021 Ebusuapanin Kwabena Martin gathered traditional priests and priestess to perform the funeral rites of his dead relative instead of a simple private burial.

According to the chief, all efforts to seek Police intervention have proved futile. He added that calls were placed to the District BNI, now NIB officer who earlier assured of his cooperation to stop Ebusuapanin Kwabena Martin failed to respond to his several calls.

The chief said he has no bone of contention with anyone in the town indicating that as legitimate chief, he could use his power to organize the youth to disrupt the funeral but for the sake of peace.

"Gentleman l tell you, the whole episode was an eyesore as one can only see few mourners wearing nose masks whilst the issue of distancing protocols were not a matter of serious concern to the mourners."

Nana noted that the behaviour of Ebusuapanin Kwabena Martin and his family members is a clear breach of the President's directive on funeral ban.

He calls on the Police to probe the matter and if the culprits are found guilty, be sanctioned to serve as a deterrent to others.

ModernGhana understands that the Nsuta Kwamang Police on Friday, February 26, 2021, after the funeral arrested four suspects who were later set free.