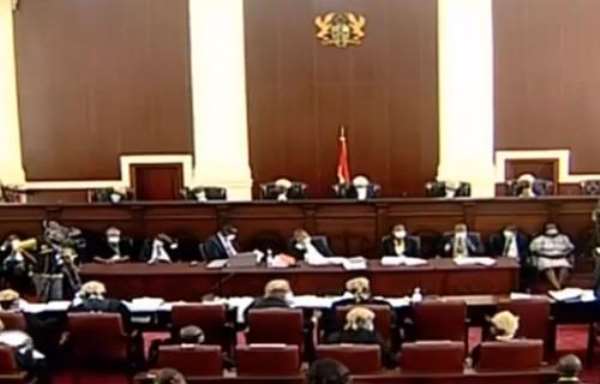 The Alliance for Social Equity and Public Accountability (ASEPA) says the numerous dismissals of all applications filed by the Petitioner in the ongoing election petition hearing have cast doubts about the ruling next week.

After weeks of debate in the Supreme Court, the jury is expected to give its verdict on March 4.

Ahead of the ruling, ASEPA has raised issues of unfairness on the back of the dismissals of multiple applications by the Justices of the Supreme Court.

According to ASEPA, the decision not to allow the Electoral Commission chairperson, Mrs Jean Mensa to testify under cross-examination has given the Court away to public disapproval.

“Considering how a cross-section of the public has responded to the unanimous dismissal of all the processes filed by the petitioner in this case, the Court can only anticipate worst remarks when it finally delivers it’s so obvious judgment this week,” part of a release from ASEPA signed by Executive Director Mensah Thompson has said.

Making reference to a letter from the Judicial Council directing some media outlets to pull down stories from their platforms that the Supreme Court deems spiteful and scandalous, ASEPA believes the court is preparing the grounds for a verdict that could attract more scandalous remarks from the public.

Read the full release from ASEPA below:

Is the Supreme Court Preparing the Grounds for an ‘Unacceptable’ Verdict?

Barely a week to the infamous judgement by the Supreme Court on the Election Petition, the Judicial Council have written to media houses to pull down stories that the Supreme Court deem spiteful and scandalous.

Clearly this looks like a preparatory strategy for the impending judgement of the Superior Court which it believes could attract more scandalous remarks from the public.

Considering how a cross section of the Public have responded to the unanimous dismissal of all the processes filed by the petitioner in this case, the Court can only anticipate worst remarks when it finally delivers it’s so obvious judgement this week.

I have publicly stated my reservations about the petitioners approach to this trial, I have admonished their seeming lack of evidence to support their case and my position on the strength of the petitioner’s case has not changed.

However the law is not a flat rule or a linear equation, the unanimous nature of the dismissals of all applications filed by petitioner to some extent has cast so much doubt on the fairness of this trial and by extension the independence of the Judges sitting on the case.

Quite especially the decision not to allow the most important person in this dispute to testify under cross-examination also gave the Court away to public disapproval.

This Country has an unpleasant history with Judges and anytime the Judiciary seem to believe that they untouchable and beyond reproach, they should take a good look at the “three heads” standing infront of the Supreme Court premises.

It is our hope that they would be so guided by it!