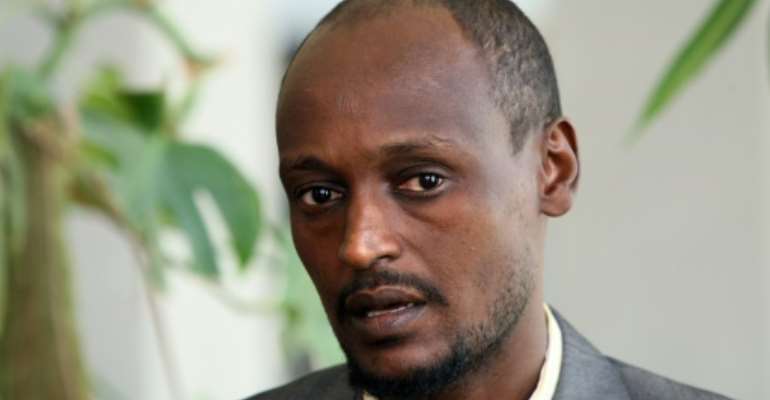 Yaya Dillo is a former rebel chief who once served as a minister under veteran ruler President President Idriss Deby Itno. By THOMAS COEX (POOL/AFP)

Authorities in Chad and a senior opposition figure running for president blamed each other for a deadly gun battle in the capital early Sunday.

Three of those wounded were members of the security forces who came under fire from the home of Yaya Dillo Djerou, before firing back, said government spokesman Cherif Mahamat Zene.

"They had no other choice than to return fire in self defence," he said.

But Yaya Dillo gave a radically different account in a series of posts to his Facebook account early Sunday, writing that troops and police had surrounded his home in N'Djamena.

"They have just killed my mother and several relatives," he added a few minutes later.

"An armoured vehicle has just broken down my front door. The fight for justice must go on to save our country.

"My dear compatriots, rise up!" he said in the last message, posted at dawn.

Yaya Dillo is a former rebel chief who once served as a minister under veteran ruler President President Idriss Deby Itno.

On Friday, he filed papers to run for president in April against Deby, who has ruled Chad for over 30 years and is running for a sixth term.

In his statement later Saturday, government spokesman Mahamat Zene condemned what he called an "armed rebellion in the heart of the capital".

The government believed it had been planned for a long time, he added.

Two warrants were issued against Yaya Dillo after he denounced an agreement signed by Deby's wife, Hinda Deby Itno, and the government regarding the fight against the coronavirus.

"Following a categoric refusal for 48 hours by Mr. Yaya Dillo, backed by an armed group, to respond to the two warrants," he "defied the state's authority by putting up an armed resistance," said the government spokesman.

Details of the gun battle have not been confirmed by independent sources, and authorities have not yet replied to questions from AFP.

It could not even be confirmed Sunday afternoon that Yaya Dillo had even been arrested.

Internet service was cut in N'Djamena on Sunday, and the government called on the population to stay calm.

The country is on edge ahead of the presidential vote in April, and earlier this month the authorities banned marches and protests in N'Djamena and the provinces.

On February 18, a Chadian court jailed a rights activist for three years for writing that Idriss Deby, the country's ruler was seriously ill and being treated in France.