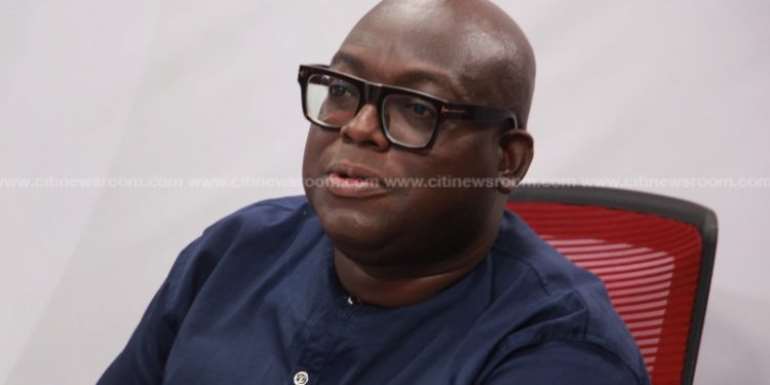 A private legal practitioner and member of the National Democratic Congress (NDC), Nii Kpakpo Samoa Addo believes the party’s legal team failed to do due diligence before closing its case in the election petition.

“One of the ways of eliciting evidence was through the Chairperson. You must get your opponent in the box. In this particular instance, the NDC legal team took a gamble. They failed to get the EC or any official of the EC to be subpoenaed before they close the case,” Nii Kpakpo Samoa said on Citi TV/FM’s The Big Issue.

John Mahama's counsel had closed its case in the petition but was compelled to reverse its decision after the EC's lawyers decided to also close its case thus keeping the EC Chair, Jean Mensa from testifying in the case.

Mr. Mahama's lawyers objected to the application but the court later ruled that it cannot compel Ms. Mensa to take the witness box.

Mr. Addo said the party should have withdrawn its petition after the EC Chairperson failed to mount the witness box.

“Once the EC did not mount the box, the petition should have been withdrawn. The court case died the day the application to reopen the case to enable the petitioner to issue a subpoena to the EC failed.”

About the election petition

Flagbearer of the NDC in the 2020 election, John Mahama is in court after he and his party rejected the results of the presidential polls.

Mr. Mahama is of the view that President Nana Addo Dankwa Akufo-Addo failed to obtain the requisite number of votes to be declared the winner.

He is thus asking the Supreme Court to among other things declare the 2020 presidential polls null and void and further ordered the EC to conduct a re-run of the election between himself and President Akufo-Addo.

But in their closing Address, President Akufo-Addo's lawyers said Mr. Mahama did not properly invoke the jurisdiction of the Court on election matters, and at the same time, failed to sufficiently discharge the burden of proof upon him as the petitioner.

The EC also shot down assertions being made by Mr. Mahama saying the 2020 polls were the most credible since the inception of the 4th Republican Constitution.

The Commission denied that the December 9 declaration was invalid and urged the Court not to grant Mr. Mahama's reliefs.

The Supreme Court will deliver its judgment in the matter next week, Thursday, March 4, 2021.

Sack all underperforming security personnel – CFF Ghana to A...
10 minutes ago