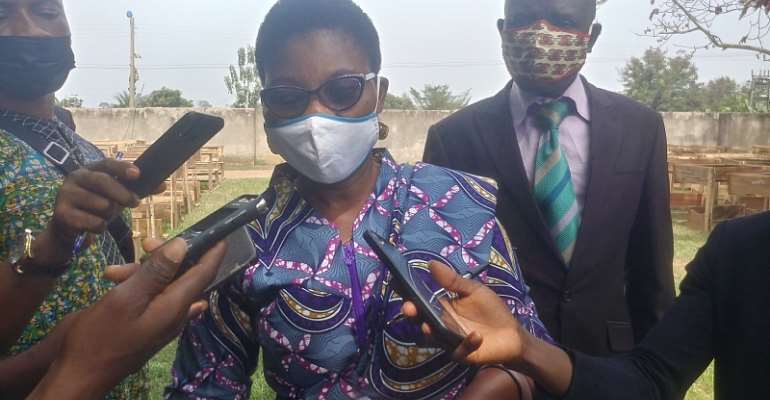 As part of Government’s commitment to make education accessible to all manner of school-going age, the government through the Tano South Municipal Assembly has procured 1,089 pieces of dual desks and handled them to Municipal education directorate to further distribute them to the needed schools to reduce some of the challenges confronting educational sector in the Municipality. The MCE for Tano South, Hon. Collins Offinam Takyi indicated that a proposal on purchase of the said desks was submitted to the Assembly by the Municipal Education Director and hinted that it was upon the request that the Assembly has purchased the desks.

According to him, the Assembly has completed other number of projects in the Municipality and stressed that the said projects would be commissioned and handle over to the beneficiary communities.

Hon. Takyi reiterated that management of sanitation in schools is dear to the heart of the Assembly, hence the Assembly has built 6 Unit water closest in Roman Catholic cluster of schools among others. He said the 1,089 dual desks were procured through the usage of Assembly share of the District Performance Assessment Tool (D-PAT) Hon. Takyi said the D-PAT programme has helped Assembly to embark on many projects and activities in some sectors of the economy including health in the Municipality. He used the occasion to advise all government's staff to do their best to ensure the Municipality is developed.

In a short but impressive speech, Madam Lucy Ama Ankrah, the Regional Education Director thanked Tano South Assembly for their kind gesture. According to her, the dual desks have come at the right time to address some of the teaching and learning problems which have existed in the public schools for many years and pledged to take care of them. 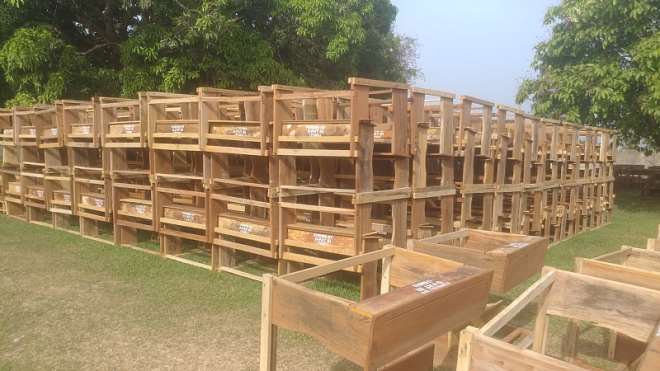 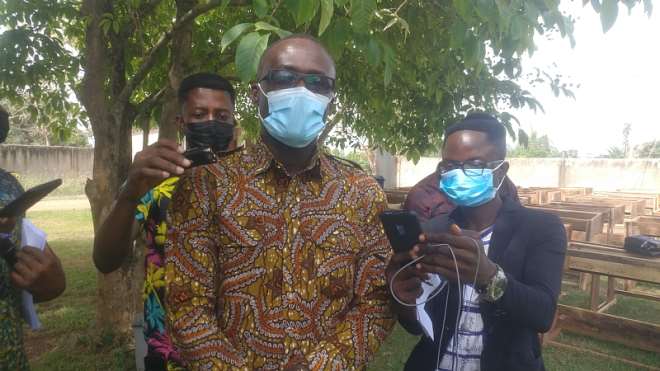 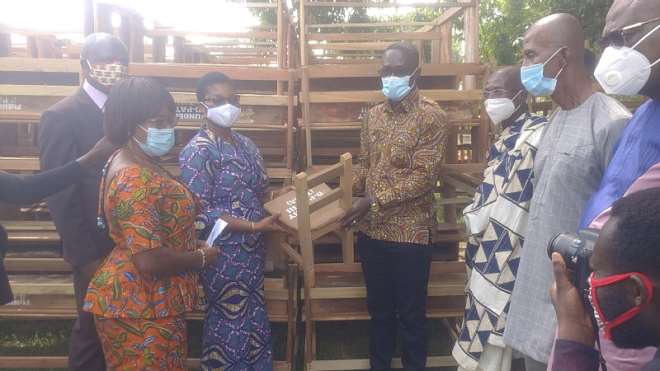