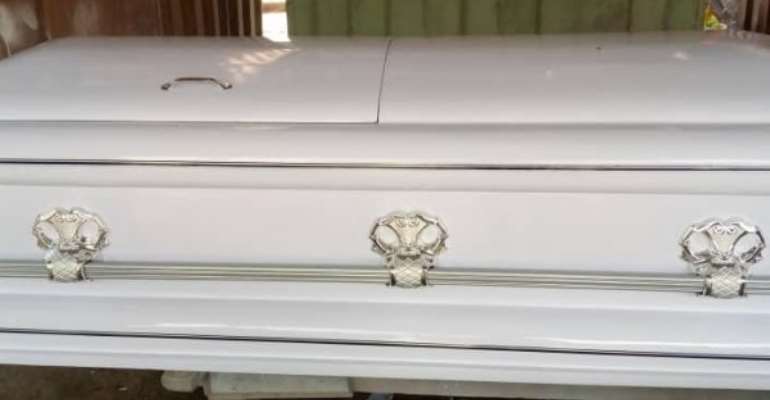 The Accra Regional Police Command has retrieved a stolen coffin from mourners during a burial Service at Korle Woko in Accra.

It has also arrested George Amoah, a carpenter, who allegedly stole the coffin from his colleague and gave it to mourners who were about to lay their deceased in it for internment.

Deputy Superintendent of Police (DSP) Effia Tenge, Head of Public Affairs Unit of the Command who made these known to the Ghana News Agency said on Friday, February 26, at about 0730 hours, the complainant made a formal report to the Korle Bu Police Station that on same day at about 0530 hours, he went to his carpentry shop at Ayigbe Town, where he detected the theft of one of the coffins displayed.

DSP Tenge said acting on a tip-off, he traced the white coffin valued GH¢ 2, 200.00 to Korle Woko, where he found by the side of a body laid in state and ready to be put inside it.

She the Police was informed and they proceeded to the area and upon explanation, the family understood it and released it to the police.

Apparently, George had stolen the coffin to the bereaved family.

She said pictures of the coffin were taken by the police as evidence whilst George was arrested to assist in investigations.