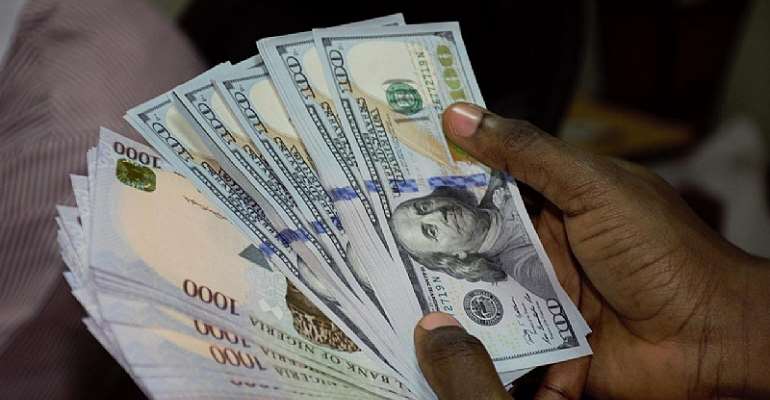 Africans no longer go into politics out of dedication to make their countries a better place than they met it or fight the yoke of colonialism. Indeed, the Army and Police armed terrorists, bandits and thugs that were used to fight political opponents. They have seized opportunities to help themselves into political power as a means of enrichment creating terrorists and bandits out of poverty. They have crowded out the Youths' protests for fair and equal playing fields, reforms as communities go deeper into poverty or demand regional self-determination. Many African countries are managed with impunity by force, empty heads, lack of common sense, education, skills, talents or useful experience.

Look around you for the most successful politicians and policy makers today and compare them to those that fought for Independence. The Mau Mau in Kenya, inmates of Mandela Prison University in South Africa to the members of Youths Movements or Trade Unions in Nigeria and Ghana, they came from very humble backgrounds. While it is true that some of them ruled beyond their usefulness and some of their children became foreigners in their own countries, it can never be compared to the aberrational rulers of today manufacturing terrorists and bandits daily. https://dailytrust.com/bandits-shoot-22-dead-at-zamfara-gold-mine

Of course there are exceptions. Mandela came from a line of wealthy chiefs and so was Kenyatta. Today’s money launderers and their children are part-time residents in foreign countries whose only mission is to loot mercilessly and live comfortably abroad; oblivious to their countries' disasters. Unfortunately, their fake lifestyles are so infectious, most of our Youths see their salvation in foreign countries, giving up on their country of birth. These Youths are willing to sacrifice everything they have at home, their first million, talents and their lives to start all over in strange places as second class slaves.

Money laundering is the main difference between African leaders of today and the past leaders that pursued Independence angrily. When you leave a country in the hands of a privileged class that has never struggled and felt the hunger for excellence, mediocrity prevails. Instead of learning from the struggle of the past, their children look for salvation in the hands of their past oppressors. Their love for past colonial masters is not limited to Stockholm syndrome, it is facilitated by branding and vanities without economic value locally: the driving force feeding money laundering. Some, risk forfeiting everything in foreign banks.

The only goal of this unproductive middle class is to launder money abroad depriving their folks with divide and rule ethnic tactics. While the new crops of bourgeoisie have crowded out the old middle class in Africa, they are not enough or capable of spurring local trade and businesses since they mainly patronized foreign products and services. Independence leaders discovered that education abroad and at home were not enough to attain a viable economy without local strategic reorientation, African trade and Independence.

In retrospect, African cultural education can never be left in the hands of those trained abroad in boarding schools from Primary school. Compare the achievement of those that went abroad for university education to our children that have been brainwashed and sometimes abused while with foster parents without the presence and love of their real parents in Africa. Some of them still resent their parents for the neglect. Their tales of loneliness in strange countries where they look different and were so treated touches the heart. Though their parents show them off as being foreign trained, encouraged to succeed them as like Isabel de Santos of Angola.

The same is true, we must hastily add with their spoilt children at home. Apart from the emotional trauma of not being raised by their parents, both sets of children were not short of money and have never worked hard to achieve the success of their classmates that had to work two or three part time jobs to pay their school fees abroad or at home. Most successful people learn the hard way to become productive in whatever endeavor they choose. Privilege breeds complacency which translates into failure without their godfathers.

Therefore, African oligarchies left vacuums filled by too many poor Africans falling deeper into poverty. The more these money laundering continues, the more communities are created in Africa joining the Poverty capital of the world. It is very important to understand that these angry poor people can never remain peaceful. They protest, agitate and take up vicious crimes at any risk to make money and celebrate it like those oppressing them. Indeed, they gain a certain level of respect and fear (awe) forcing the oppressors to negotiate with them for unsustainable peace within the community.

Once negotiations between bandits and oppressors pervade, it becomes the criminals' source of income that cannot be stopped, a vicious circle. Bandits and kidnappers of children like Chibok Girls and Zamfara victims not only gain international notoriety but as the negotiations to make more income. We see this vicious circle in Nigeria with Niger Delta Militia and Fulani cow owners that refuse to send their poor to school but create cow rearing jobs and send their Talikawa to beg in the South. Callous ways to avoid Revolts at home.

Otherwise, no African youth would risk the desert and sea, well aware of the risk or danger against him. But looking up to the criminal privileged class and the galore of ostentatious display of wealth, it becomes irresistible to shun. The story of those that work hard abroad or at home, warning them “no pain no gain” are seen as obstacles to their dreams. The easiest way to wealth becomes the political ladder. Those unsuccessful in politics become pastor, imam or take to nefarious activities as bandits to feign riches as if they are hard-working men.

Most of the progress in any society is implemented by the middle class. Their goals vary from greater good for the community they are part of; for example the noble profession of teachers; to enhancement of existing mechanisms and discoveries. Traditionally, the chiefs, war generals and leaders have successful businesses like farming established before they are called to service. While some of them are rich in terms of possessions, others depend on the goodwill of the people they lead. So, voluntary community gifts were the norm for most of the traditional exalted positions, not blood money from political leaders to sell out their people.

So, where did Africa go wrong? Our Youths and future have been sold and bought in exchange for glamour, branding and vanities that substantially killed our economy and culture. When you speak African to your children and they answered you in foreign languages, you know they are sold and bought. It did not happen by accident, we encouraged and bought it with all the resources at our disposal, acquired illegally or by brow. We left our countries in the hands of those that want to be more like those that colonized us instead of reorientation, reinvigorating, modernizing and improving the culture that gave us civilization before them.

These Fulani cow owners see the threat to their privilege if herdsmen and Talikawa beggars returned home idle without jobs and schools to keep them productive. Let them graze their cows where they diverted food to, until they are forcefully repulsed in Africa. Any opposition to grazing outside their homes is a direct threat and revolt in the communities of Fulani Cow Republic rulers. Let Cow Republic grant Amnesty to terrorists, kidnappers, bandits and thugs in Niger and Cameroon while Youths that play by the rule are maimed and killed.