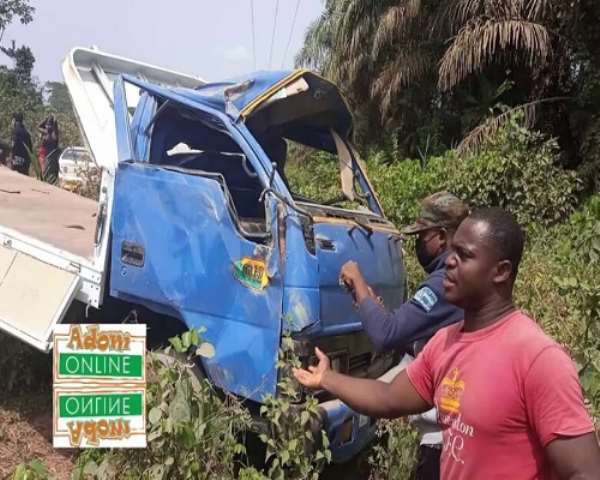 Three persons including a Fire Service Officer have been reported dead after an accident involving a KIA Mighty truck on the Assin Nyankomasi road in the Central region.

According to an eyewitness report, the other victims in the truck were on their way to a funeral at the Assin Nyankomasi where the incident happened.

“The driver lost control of the steering wheel and landed it in the bush. Meanwhile the bodies have been deposited at the morgue whilst the survivors who sustained various degrees of injuries are receiving treatment at the St. Francs Hospital, ” he narrated.