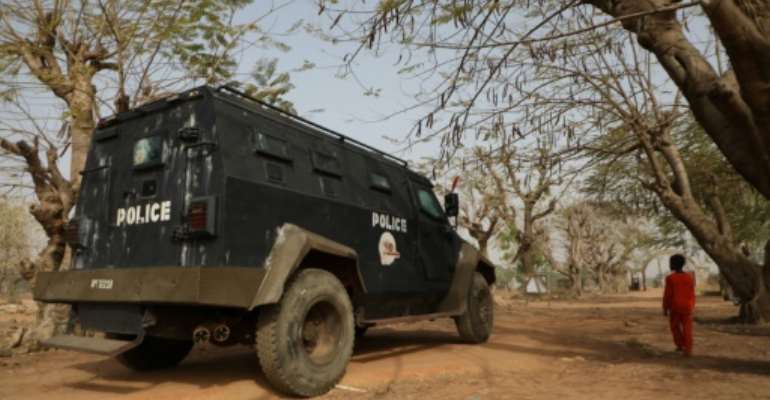 Police and the military have joined forces to search for those abducted. By Kola Sulaimon (AFP)

Kidnappers have freed 42 people, including 27 children, snatched from a school in central Nigeria 10 days ago, officials said Saturday, a day after gunmen abducted more than 300 schoolgirls in the northwest.

"The abducted students, staff and relatives of Government Science College Kagara have regained their freedom and have been received by the Niger state government," Niger state governor Abubakar Sani Bello said on Twitter.

In mid-February, gunmen in military uniforms raided the college, killing one student and taking 42 others. They included 27 schoolboys, three teachers and other relatives of school staff, officials said.

Northwest and central Nigeria have seen a surge in attacks by heavily armed criminal gangs raiding villages, killing and abducting residents after looting and torching homes. 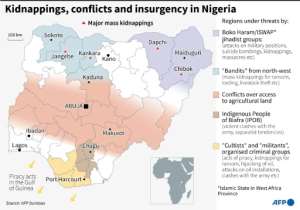 On Friday, in the Jangebe, a village in Zamfara state, a gang attacked the Government Girls Science Secondary School.

It was the country's third school attack in less than three months -- a series that has revived traumatic memories of the "Chibok girls" kidnapped by jihadists nearly seven years ago.

Local parents, angry at the abductions attacked an official convoy travelling to the site of the raid, seriously injuring a journalist.

"This administration will not succumb to blackmail by bandits who target innocent school students in the expectations of huge ransom payments," he said in a statement Friday.

"We have the capacity to deploy massive force against the bandits in the villages where they operate, but our limitation is the fear of heavy casualties of innocent villagers and hostages who might be used as human shields by the bandits."

"Our primary objective is to get the hostages safe, alive and unharmed," he added.

In early December, a gang abducted 344 boys from a boarding school in Kankara, in northern Katsina state, but released them a week later.

The authorities deny having paid any ransom but a number of security experts in the region have expressed scepticism. Their fear is that the practice will become increasingly common in these poverty-striken regions.

The authorities did grant an amnesty to one of those behind the mass-abduction, Awwalun Daudawa. For Yan Saint-Pierre, who runs security analysts Modern Security Consulting Group, that send exactly the wrong message.

While the analysts don't have precise numbers, they do believe the numbers in the various armed groups are steadily growing.

Bandits hide in camps in Rugu forest, which straddles Zamfara, Katsina, Kaduna and Niger states. Despite the deployment of troops in Zamfara and Katsina states deadly attacks persist.

The "bandits" have killed around 8,000 people since 2011 and forced more than 200,000 to flee their homes, according to an estimate by Brussels-based International Crisis Group (ICG).