1D1F is a revolutionary invention since Ghana's independence — Alan Kyerematen 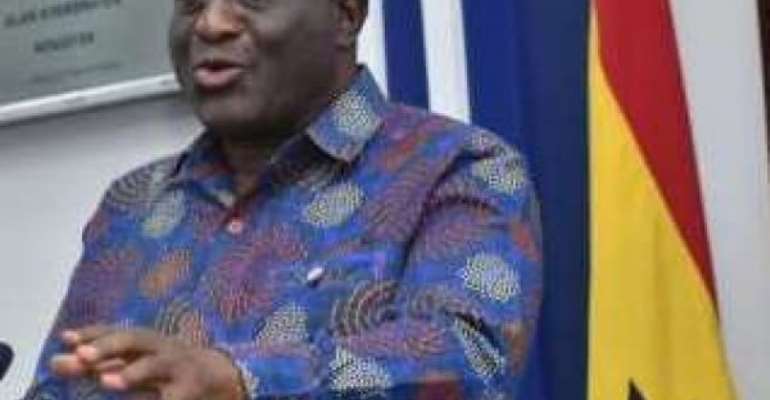 The Minister Designate for Trade and Industry Alan Kyerematen on Friday described the One District, One Factory (1D1F) flagship programme of the Akufo-Addo Government as “a revolutionary invention, to have been introduced in the country since independence.

One hundred and sixty eight (168) of the 232 were new factories added to already existing ones.

“So, if you look at the statistics, only 64 of the 232 companies (already) existed. 168 of them are new companies,” the Minister Designate said.

The Minister Designate spoke about the flagship programme, which were under the supervision of the sector Ministry since 2017, when he was questioned on the status of the programme during his vetting by the Appointments Committee of Parliament on Friday in Accra.

“Forty-nine (49) projects are ready for construction to commence within the first half of the year.”

The 1D1F is a Government of Ghana policy, aimed at creating jobs for Ghanaians through the setting up of factories and industries, which will in turn move the country towards industrialization.

The policy was first introduced to Ghanaians in 2016 as part of the manifesto of the New Patriotic Party, and its implementation started in 2017.

According to the Minister Designate, the 1D1F programme goes to the core of bringing industry and development to the doorsteps of ordinary people and that is why the Government of Ghana is pursuing it with aggression.

Mr Kyerematen who held the same ministerial portfolio in the first term of the Akufo-Addo led government said the Ministry had put in a comprehensive intervention in place to cut the importation of major commodities as sugar, rice and poultry, as the nation spent close to $1 billion on the importation of those products to the country.

“We are almost close to one billion dollars on imports averagely for no reason because we have the local capacity to be able to do import substitution to produce these commodities, but this underpins the decision of the president for Ghana to launch a comprehensive programme for industrial transformation, which my ministry has been leading and basically this transformation programme is anchored on two parallel tracks,” the Minister Designate said.

There are also interventions to building the capacity of local businesses to be able to substitute imports, and produce for export.

On what was being done to support infant factories, the Minister Designate, a lawyer, entrepreneur, diplomat and management consultant said the government had mobilise GH¢2.3 billion from local financial institutions and also provided interest subsidy payment of GH¢230 million.