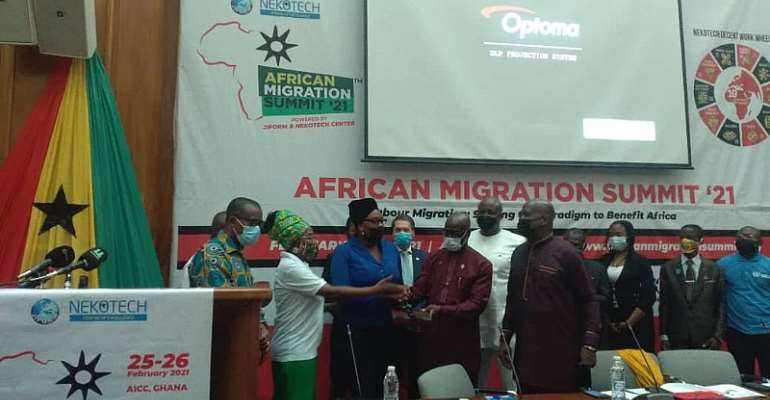 Former Director of Kenyan Law School and renowned anti-graft Campaigner Prof. Patrick Loch Otieno Lumumba has called on African leaders to take urgent steps to overcome bitterness and divisiveness among member states of the African continent in order to whip up their interests towards discovery of collective remedy to problems of African migrants.

According to him, resolving rancour and acrimony between Africans is a potent force for finding lasting remedy to migration problems confronting African migrants in the Middle East and Saudi Arabia.

Speaking via zoom at African Migration Summit 2021 in Accra, Prof. Lumumba said "it's urgent that African Union and ECOWAS take issues of migration seriously, President Akufo-Addo should have conversation with the current AU Chair to deal with migration matter with all the seriousness it deserves".

According to her, decent work must include respect for labour standards, promoting employment status, creating sustainable development.

In a speech read on her behalf by Director for Consular Affairs at Ministry of Foreign Affairs and Regional Integration, Dr. Senalor K. Yawlui the former Anyaa Swuotuom Lawmaker said "there is urgent need to abolish Kafala migrants hiring system of contract signing which is almost servitude, human rights abuse urgent engagement with the Middle-East authorities to regulate recruitment agencies whilst tracking down unscrupulous agencies".

Madam Ayorkor Botchway has also promised that steps are being taken to design comprehensive framework for domestic workers in Golf state, Africa in line with Ghana's Legislative Instrument on decent work. In view of this, Madam Ayorkor Botchway revealed President Akufo-Addo as Chair of ECOWAS Authority of Heads of States and Government will ensure a bilateral platform is established between Africa and the Middle- East to resolve emerging migration challenges facing African migrants.

According to her, the "Nekotech Decent Work Wheel includes ten keys such as Dialogue and agreement, Awareness, Cooperation, Independence, Safety, Law and Order, Quality Recruitment, Certification and Settlement, Financial Security, Return and Reintegration".

Dr. Ocansey has also called on African presidents to "clamp down on recruitment agencies which are not licensed whilst creating an enabling environment for licensed ones to operate in the supreme interest of African migrants". 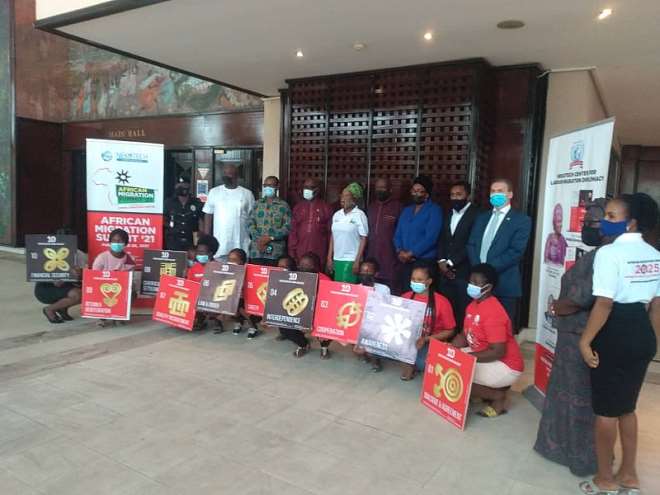