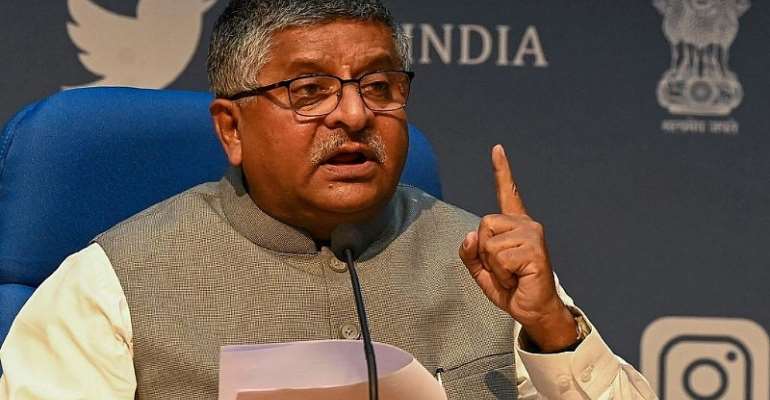 The new regulations will require tech platforms to be more accountable for contentious material shared on its platforms, and to appoint executives to coordinate with law enforcement in India.

The new rules also call for a three-tier regulation mechanism for over-the-top (OTT) platforms like Netflix and YouTube that require them to self-classify their content into five categories based on age suitability.

The move comes amid a flood of activity over the last year to frame new regulations aimed at policing Big Tech, which may force some of the world's most valuable companies to rework their business models in order to stay in line.

“Social media companies are welcome to do business in India but would have to follow the laws set in India,” said IT minister Ravi Shankar Prasad at a press conference.

“While the government is open to criticism and right to dissent, it is equally important that the users of social media be given a forum to raise their grievances against the misuse and abuse of such platforms,” he added.

Under the new rules, the online platforms will have to remove content within 24 hours if there is a complaint against it and redress the complaint within 15 days.

Companies will also have to disclose the source of the disputed content to the government or court, if mandated, and assist the government with cyber-security related incidents within 72 hours of receiving a complaint.

The rules also bar social media content that is defamatory, obscene, libellous, racist, harmful to minors, that threatens the unity, integrity, defence, security or sovereignty of India and its ties with other countries.

Social media sites have to remove or disable offensive or illegal content within 36 hours of being notified or of a court order.

The new rules come against a backdrop of growing tensions between Prime Minister Narendra Modi's government and Twitter about the company's refusal to fully comply with orders to remove certain accounts that were critical of the government's handling of ongoing farmer protests, following changes to agriculture policy.

Twitter recently suspended hundreds of accounts in India at the request of the government, which has been trying to contain protests by clamping down on demonstrators' online activity.

But the company stopped short of complying with demands to block accounts that belonged to activists, politicians and journalists, arguing that such a move would "violate their fundamental right to free expression under Indian law."

Last month both Netflix and Amazon also came under scrutiny after members of the ruling Hindu Bharatiya Janata Party filed complaints in courts saying their “religious sentiments” were hurt following the screening of a serial.

“This is a watershed moment in the history of the internet in India.  It will radically transform the digital information ecology,” Apar Gupta executive director, Internet Freedom Foundation told RFI. However, he sounded a note of caution.

“While every internet user in India needs oversight and accountability from big tech, it should not be at the cost of increasing political control, chilling our voices online and hurting individual privacy.”

There was no official comment from the social media companies but a Facebook spokesperson said it was “studying the new rules” while Netflix declined to comment.