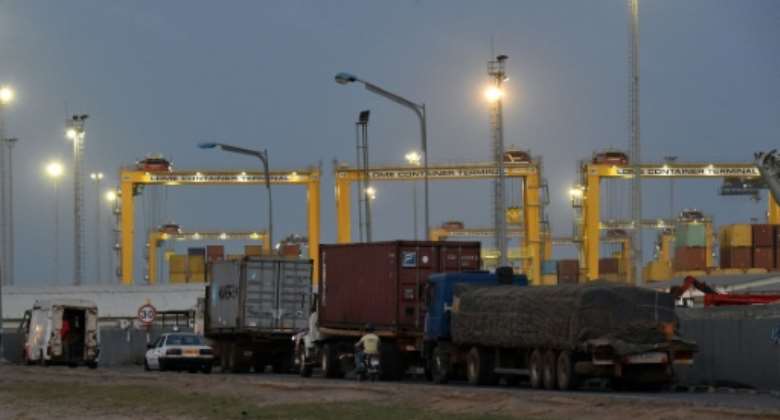 French industrial group Bollore on Friday reached a settlement over a decade-old corruption case in Togo, prosecutors said, but a separate plea deal with three top company executives was thrown out by a judge.

The company agreed to pay 12 million euros ($14.5 million) as part of the deal with financial crime prosecutors which was accepted by a Paris court Friday.

The case goes back more than a decade, when Bollore, a conglomerate dealing in transport, energy and logistics, allegedly undercharged the Togo government for consultancy work in return for a contract to manage the port of Lome between 2009 and 2011.

It also used a similar strategy with the Guinea government to take over the management of the port of Conakry.

Vincent Bollore's deal was rejected by a Paris judge. By ERIC PIERMONT (AFP/File)

Chairman Vincent Bollore, a billionaire tycoon, and two other senior company executives, Gilles Alix and Jean-Philippe Dorent, had negotiated a separate plea deal with prosecutors to have proceedings against them personally dropped in the case, in return for a fine of 375,000 euros ($455,000) and a recognition of guilt.

But although Bollore and the two others admitted wrongdoing in court Friday, the presiding judge rejected their part of the agreement, saying the corruption allegations against them were too serious to be allowed to go away.

The fines "suggested by the prosecutor and accepted by the three accused" were too lenient, the judge said, given that their actions had "seriously harmed the public economic order" as well as Togo's sovereignty.

Instead, the judge recommended that the three should stand trial under criminal charges.

A decision whether such a trial will actually take place is now up to an investigating magistrate.