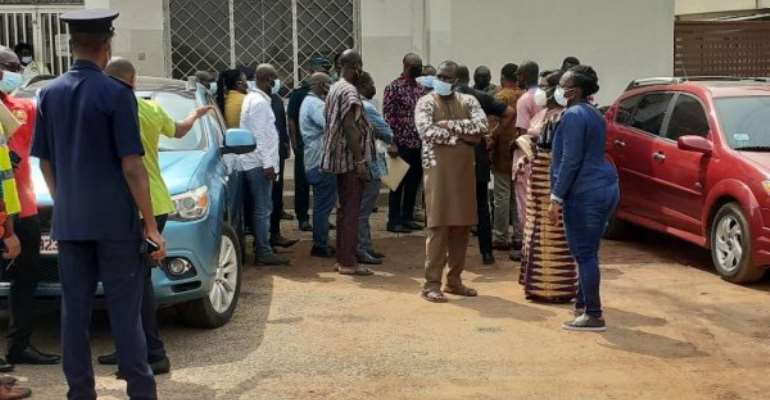 Government is meeting the leadership of the Ghana Airport Company Divisional Union of the Public Services Worker's Union to address their concerns as they embark on an indefinate industrial strike this morning.

As at 1030 hours, the leadership of the Union had directed the staff to resume work as they prepared to engage government to resolve their concerns.

As at 0600 hours, scores of passengers were stranded at the Kotoka International Airport due to the strike action by the Union.

Some of the staff spotted by GNA at the terminal three departure lounge were sitting idle, waiting for the next line of action from the leadership of the Union

A statement signed by Mr Abdul Issaka-Bamba, Divisional Chairman of the Union, directed all general staff of the Kotoka International Airport to withdraw services from 0600 hours on Friday, February 26, until further notice.

The statement said the action was due to the Company's Board's attempt to shelve the report of an investigative committee which allegedly confirmed that Mr Yaw Kwakwa, the Managing Director, GACL, was guilty of mismanagement and abuse of office.

It said the investigative committee comprised the Aviation Ministry, the Board, Senior Management, and the Public Service's Workers' Union.

The statement said the only way to turn the fortunes of the Company around was the removal of Mr Kwalwa from his post.

Affected services include; screening of pre-board passengers and access control, fire and safety cover for all aircrafts, water and sewage treatment, and public announcement and flight display.