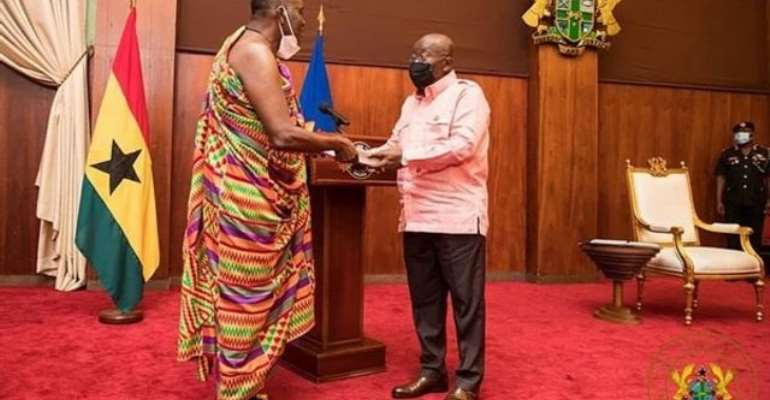 The relevancy of Ghana's council of state has come under serious scrutiny by some political commentators and citizens critical of governance and government business.

This comes on the back of what sort of impact it is yielding Ghana's economy and its general wellbeing as a functional institution.

An Educationist, who doubles as Constituency Communications Officer of the opposition National Democratic Congress (NDC) in Offinso North, Hon. Ali Yahaya who was empanelled on the CruzFM morning show on Wednesday expressed disgust at the performance or functionality of the recent council of state membership in current and past administrations, describing its existence as less useful to the progress of Ghana.

According to him the formation of the council of state might have been useful at the time of its creation but not now as one would hardly point to a single intervention or contribution that has benefitted Ghanaians in general in the decision-making process of all presidents.

He made these expressions after the president, his excellency Nana Addo Dankwa Akufo Addo welcomed the newly elected Members of the Council of State at the Jubilee House on Tuesday, Feb. 23, 2021, and charged them to be proactive in helping him succeed in the fight against galamsey and corruption.

This according to the basic school headmaster and former assembly member is a non-starter as a lot of corrupt deals, as well as severity in the galamsey activities, have bedeviled the nation with the existence of the council in previous administrations.

"In my opinion, I think it is no more relevant, maybe it was important at the time the constitution was being drafted but not now, and I believe there must be some amendments to the constitution regarding it especially its composition," he told SK De Broadcaster on the show.

He continued, "when have you ever heard of a council of state opposing government's decision on national matters?"

We live in Ghana here, a lot of shady deals have gone by with minority in parliament raising red flags, do you remember Agyapa Deal?" Do you remember a power deal involving Hon. Boakye Agyaako which has landed Ghana into a $136 million judgment debt?" what counsel did council of state give president Akufo Addo and his cabinet at the time this issues came up?"

"At least the Woyome's 51 million dollar case should have been a lesson to us 10 years down the lane but what advice was given by the council of state in these recent scandals?", the NDC stalwart queried.

The Council of State is a constitutionally mandated small body made up of prominent people in Ghana at the presidency aimed at advising the president on national issues under the provision of the 1992 republican constitution of Ghana.

"There shall be a Council of State to counsel the president in his functions."

The President Nana Addo Dankwa Akufo Addo on Tuesday 23rd February 2021 swore in new members of the council at the Jubilee House to serve in his second term as president of Ghana.