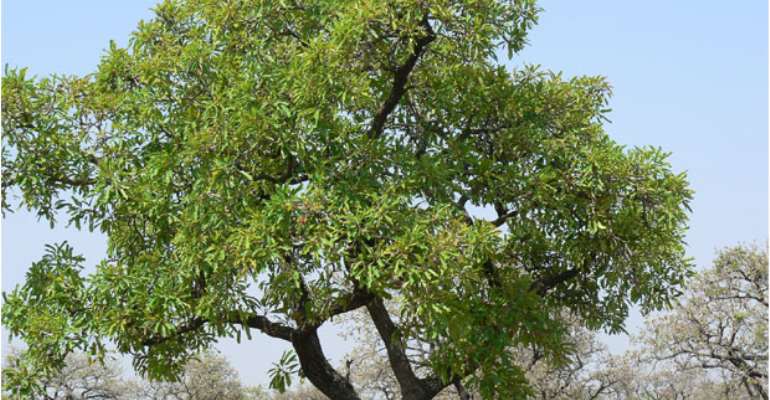 A concerned hash tag group #climatechangeisreal has pressed an alarm button about a growing threat to shea trees in the Upper West Region.

The economic tree upon which both individuals and families rely upon for their livelihoods is also a source of foreign exchange for the country.

Our segment of the multimillion dollar industry whose footprints can be found in both the cosmetic and confectionery industries around the globe is unfortunately being pushed to the precipice.

An emerging group of shea tree entrepreneurs has turned to the wildly growing trees in some parts of the Upper West Region, felling them with gusto.

The entrepreneurs, as observed by the hashtag group, are feeding the growing demand of pito brewers.

In one of our editorials on the ecosystem, we expressed opprobrium about the reckless felling of trees with particular reference to the rosewood tree.

At the time of the composition, little did we know that our good old shea trees were also being felled by entrepreneurs eager to feed the insatiable demands of pito brewers.

Those buying the felled trees as well as their suppliers perhaps do not understand the implication of their activities.

The source of the livelihood of many rural women who collect the fruits and process same for the production of shea butter must be protected.

The hash tag group has accused MMDCEs in areas where the shea trees are being felled in the Upper West Region for not arresting the situation.

A former Local Government Minister has demurred on the foregoing. According to her, the state officials have no authority to stop the felling of shea trees.

With no law stopping the felling of the trees, it would be a daunting task protecting the trees from the human predators.

We could not agree more with her position that the responsibility of protecting the shea trees should be placed on the bosom of traditional rulers, opinion leaders, 'magajiyas' or headwomen and youth leaders.

With no law on cutting or not cutting shea trees, the uneconomic and environmental inclement activity could continue for long even as the trees are pushed further to the point of extinction in our part of the world.

Persons in society who act with impunity under the circumstances as the former Minister observed, in our opinion should be brought to book about the negative fallouts from their actions and inactions in society.

All in the relevant communities should join hands in removing those engaged in the shea tree felling activity to pull off their feet from the accelerators at this time.

For a tree which has no capacity for regenerative growth as the experts state, the recklessness is a costly engagement for which posterity would not forgive us should we allow the anomalous status quo.