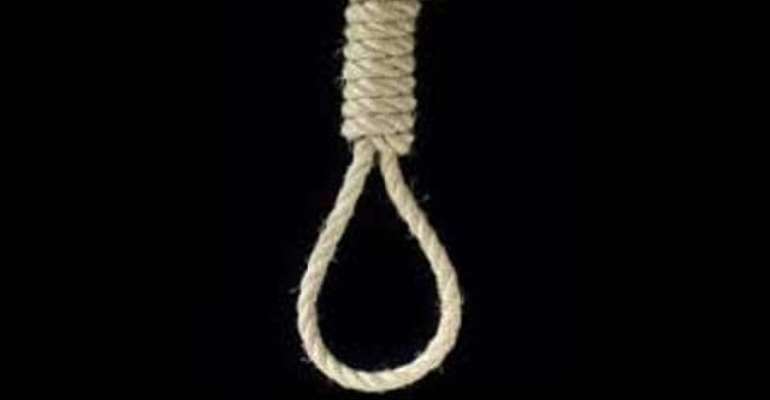 A 22-year-old final year senior high school (SHS) student identified as Kwame Boadu has allegedly hanged himself at Barekese in the Atwima Nwabiabya North District of the Ashanti Region.

The incident occurred on Wednesday, 24 February 2021.

The deceased, a student of Toase SHS, was found hanging in his room by his parents.

Narrating the incident to Class91.3FM’s Ashanti regional correspondent, Elisha Adarkwah, father of the deceased, Daniel Mensah, noted that his son was found hanging with his feet on the floor.

“We woke up yesterday and were all home, our son doesn’t sleep early, so, he doesn’t wake up early. Because of that, we also didn’t bother to knock on his door. Some two friends of his came looking for him and the mum showed them to his room. When they knocked on his door several times, he did not open it. So, they forcefully pushed the door open and found him with a rope around his neck, so, they screamed.

“His mum rushed to the room and saw her son hanging with a rope around his neck, like he had committed suicide, but his feet were on the floor.

“So, the mum called my attention, I also went to take a look at my son and proceeded to the police station to report.

“The police came to the scene and then later we were allowed to take him to the morgue.”

Mr Mensah suspects his son might have been killed by some persons and hanged in his room to make it look like he committed suicide.

“Yes, if you had seen him hanging, you would realise that he was killed by someone and hanged to make it look like he committed suicide.”

He has, therefore, called for investigations to be conducted into the incident.

The body of the deceased has since been deposited at the morgue awaiting autopsy.