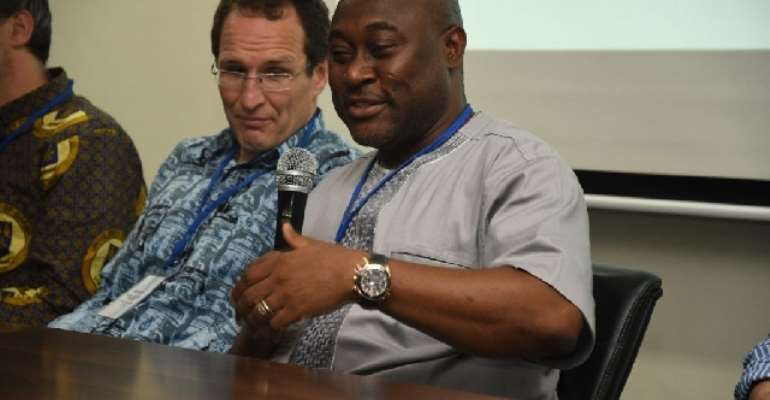 Getting vaccinated against COVID-19 does not sexual impotence in men, Professor Gordon Awandere, Director of the West Africa Centre for Cell Biology of Infectious Pathogens (WACCBIP) at the University of Ghana has said.

He clarified in an interview with Kofi Oppong Asamoah on Class91.3FM’s morning show on Thursday, 25 February 2021 it is rather the disease itself that could cause impotence in men.

Prof Awandere, thus, urged men to rush for the vaccine if they want to prevent such a complication.

“No, there’s no evidence for that as far as I know”, he said in direct response to a question about whether the vaccine causes male impotence, adding: “What we know is that people have rather reported having problems with their sexual function after getting the disease itself; after recovering from the disease, some of the long-term effects of the disease [include male impotence]; so, if you are worried about this effect, you should rather be the first in line to take the vaccine because the vaccine will prevent you from getting the disease or even getting severe disease and that is the way that it will lead you to this complication that people are concerned about”.

He also noted that it would not be strange for some people who get vaccinated to get re-infected since none of the vaccines produced so far give 100 per cent protection.

“Yes, it’s possible because, as you know, all these vaccines, when they give you the level of protection, none of them said 100 per cent. The best we have is maybe 94 per cent. The Oxford vaccine is probably about 84, 85 per cent.

“So, it’s not 100 per cent so a small percentage of people may still get infected because our immune systems vary in terms of levels of efficiency.

“It’s not 100 per cent but it is drastically better than not taking the vaccine. No vaccine is 100 per cent so it’s not strange for a few people to take the vaccine and still get infected”, he said.

To engender trust for the vaccines among the populace, Prof Awandere suggested it be administered to high-profile public figures and people in positions of trust, in the glaring view of the public.

“The President taking it live on TV, ministers of state, Supreme Court judges, MPs and I think it should even go to traditional rulers; if chiefs of various traditional areas take it live on public TV and public places in their communities for everybody to see, you have religious leaders, all these big pastors who have big churches, let them take the vaccine in church and let everybody see it.

He, however, added: “Let’s be clear that these vaccines are taken all over the world now. In the US, about 54 million have been delivered. In the UK, several million have been delivered as well, so, there are no reports of people dying or getting injured or harmed in any way in any of these countries where the vaccine has been massively deployed”.

Concerning the period of protection offered by the vaccines, Prof Awandere said: “We don’t know yet because the disease had been around for a long time. So, as of now, we are looking at between six months and one year of protection that is what is likely”.