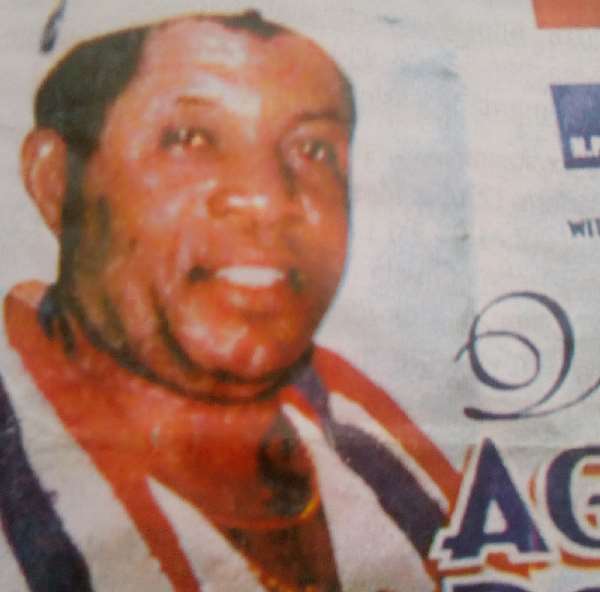 Former Ashanti Regional Organizer of the New Patriotic Party (NPP) under the Kufuor's administration, Mr. Agyenim Boateng Sekyerehene has linked the poor performance of the party in the December 7, 2020 general elections which nearly pushed the ruling party into opposition to the low performance of some government appointees.

He noted the manner in which some Metropolitan, Metropolis and the District Chief Executives (MMDCEs) handled the electioneering campaign.

Some Metropolitan, Metropolis and the District Chief Executives (MMDCEs), Mr Agyenim Boateng alleged, resorted to greed, indiscipline, selfishness and corruption in their various places of jurisdiction.

Speaking to the Modernghana News in an interview, Mr Boateng said lazy appointees must be removed to pave way for more responsible people to ensure the vision of the President is achieved for the good of all.

According to him, it will help reorganize the party effectively and clear the mess caused by some MMDCEs at the grassroot level to ensure a resounding victory in the 2024 general elections.

The former organizer said in order to achieve this, the President needs to involve the Regional Council of Elders of the party to play a leading role in the vetting for qualified people who would serve the people without discrimination.

"This is because the Council of Elders knows much about the backgrounds of people to be considered for top positions in the government," Mr. Boateng stated.

Senkyerehene took the opportunity to congratulate President Nana Akufo-Addo and his Vice President Dr Bawumiah for the victory in the December 7, 2020 general elections.