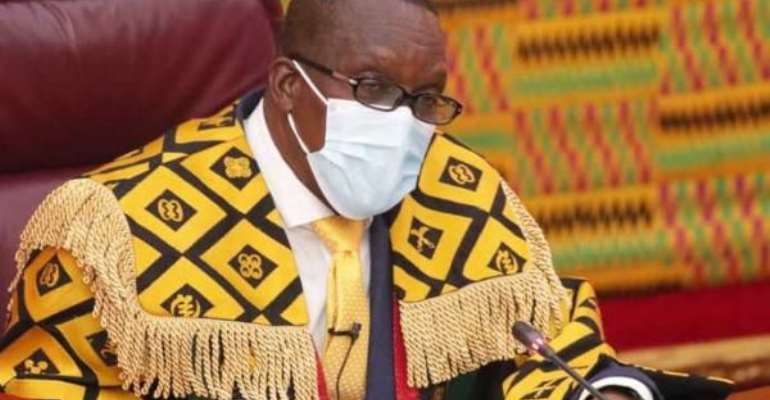 Deans of Presiding Members from the 16 regions of the country have called for reforms in the decentralisation system in the country.

They named some of the reforms as the improvement in the Funding Sources for Assemblies, payment of improved sitting and ex-gratia allowances as a charge on the consolidated fund and Election of Presiding Members should be by first past the post system or by a simple majority.

“There should also be contests between the winner and the first runner-up should no candidate attain more than fifty percent of the votes in an election involving more than two contestants.”

“As it is now, the President is elected and made to hold office for four years, so are the Speaker of Parliament, MPs and Unit Committee members, however, for some reason, Presiding Members are only elected to a tenure of two years, Mr Korto lamented.

He appealed to Speaker Bagbin to provoke reforms in Parliament so that, “the unfair and disruptive situation, where Presiding Members are made to face an Electoral College every two years will stop.”

The group also asked for a consideration of improvement in the conditions of service of Assembly Members.

Mr Korto who doubles as the Dean of Presiding Members in Greater Accra, prayed the Speaker to, “institute amendments in the Local Governance Act to engender fairness at all levels of government.”

The group,who included; the Volta regional Dean of Presiding Members, Mr. Johnny Akpali, the North East regional Dean, Pastor Ibrahim Sebiyam and the Northern Regional Dean, Mr. Abdulai Mohammed, handed over their petition to Speaker Bagbin, on the sidelines of the programme.

The Ashanti Regional Dean of Presiding Members, Mr. Isaac Ohene Prempeh said “ASK Bagbin is intelligent legally and politically, he is a humble leader respected by the intellectual class and the ordinary masses, those of us in the Akan speaking regions hold Mr. Bagbin in high esteem because of his mega record. Ghana as a nation must honour him at all cost”.

The Deans praised the Speaker and used the opportunity to officially congratulate him on his elevation to the position of the third highest office of the land.

They said Bagbin was the father of the Presiding Members and therefore were hopeful that the necessary reforms would be catalyzed.

Speaker Bagbin, after receiving their petition, thanked them and acknowledged their indispensability to Local Government.

He said the District Assembly concept was a good system, which was not supposed to be partisan, but was unfortunately politicised.

He appealed to them to develop themselves to become conversant with the law.

He said it was relevant to call for reforms in decentralization as that had the potential to enhance democracy and grassroot participation and there was the need to embrace ideas from traditional rulers and opinion leaders to express their opinions for the enhancement of decentralisation as sideling them could have negative ramifications for democracy.

He said it was unfortunate that 25 Assemblies were still without Presiding Members adding that most of the past Assemblies performed better than the current system because of the supporting staff they had and called for financial empowerment for Assemblies to develop.

He promised to assess and have the viable parts of the reforms they were looking for initiated for posterity.

Meanwhile they presented a citation to the Speaker as their show of honour to his elevation.