Freed Algeria journalist vows to fight on for press freedom 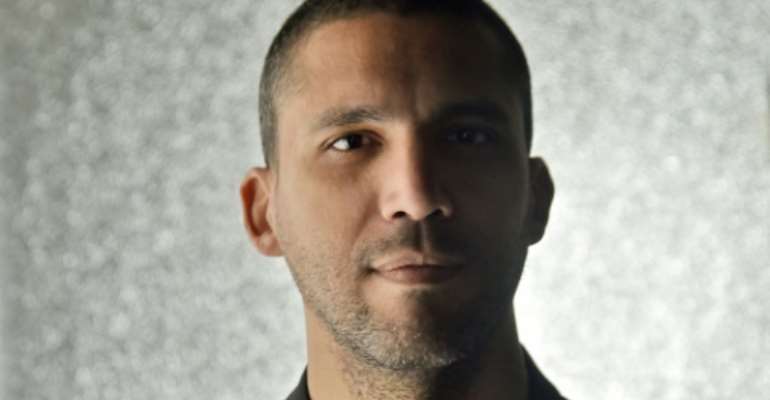 Journalist Khaled Drareni has become a symbol of the fight for press freedom in Algeria. By RYAD KRAMDI (AFP)

Prominent Algerian journalist Khaled Drareni, released after almost a year in prison following a presidential pardon, has vowed to keep up the fight for the "sacred, untouchable" freedom of the press.

A huge crowd of well-wishers greeted Drareni, a correspondent for French-language TV5 Monde and press freedom watchdog Reporters Without Borders (RSF), when he walked out of the Kolea prison west of Algiers last Friday.

The former television presenter and founder of online news site the Casbah Tribune had become a symbol of the fight for freedom of press and expression in Algeria, at a time when authorities have cracked down on dissent, detaining and prosecuting activists, opposition figures, journalists and social media users.

"I hope that my time in prison will contribute to strengthening press freedom in Algeria and making it a sacred, untouchable freedom," Drareni told AFP, from his family home in the capital Algiers.

The 40-year-old appeared relaxed and smiling, an improvement from his gaunt appearance in September during his trial.

"I am very well, in good health, happy to see my family again," he said.

"Prison lasted a bit longer than expected, but I am very glad" to be out, he added.

President Abdelmadjid Tebboune last week declared dozens of pardons in a gesture of appeasement, as the Hirak protest movement, which swept former strongman Abdelaziz Bouteflika from power in 2019, gathers momentum once again.

Drareni became known not only as a television presenter but also for his online activism, sharing photos and statements live from the Hirak protests on social media.

He was arrested in March last year on charges of "inciting an unarmed gathering" and "endangering national unity" after covering the demonstrations, and was sentenced on appeal in September to two years in jail. 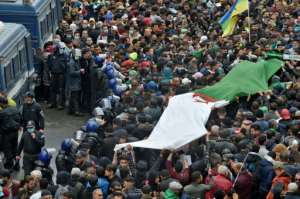 Algerians rally in the capital Algiers on February 22, 2021, marking the second anniversary of the country's Hirak anti-government protest movement. By RYAD KRAMDI (AFP)

Authorities had accused him of working for a foreign media outlet without accreditation -- a thorny bureaucratic process in Algeria -- against a backdrop of allegations of being in the service of "foreign embassies".

The independent journalist says he was only ever doing his job.

"I hope to be the last Algerian journalist to end up in jail."

'Every day, in every country'

A global solidarity campaign grew up in support of Drareni, and relatives, friends, activists and even strangers have come to see him and pay their respects since his release.

They include fellow journalist and ex-detainee Fodil Boumala, and Walid Kechida, an activist in his twenties who was jailed for publishing online memes mocking the authorities and religion. 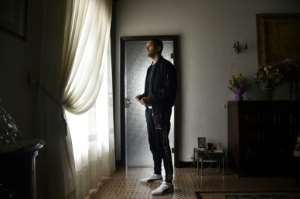 Drareni said he was ready to pick up his work as a journalist and advocate for press freedom where he left off. By RYAD KRAMDI (AFP)

Despite the release of around 40 detainees, prisoners' rights group CNLD said around 30 people are still in custody in connection with the Hirak protest movement.

But the self-described "eternal optimist" said he was ready to pick up his work as a journalist and advocate for press freedom where he left off.

"I don't know how to be anything but a journalist," he said. "It is a job that I have done with pride and pleasure for 15 years."

Reporters Without Borders ranked Algeria 146 out of 180 countries and territories in its 2020 World Press Freedom Index.

"The battle for press freedom is fought every day and in every country," Drareni said.

"It must be a universal battle, and as an Algerian journalist I am ready to keep up the fight."