S.Africa to boost spending on vaccine and job creation 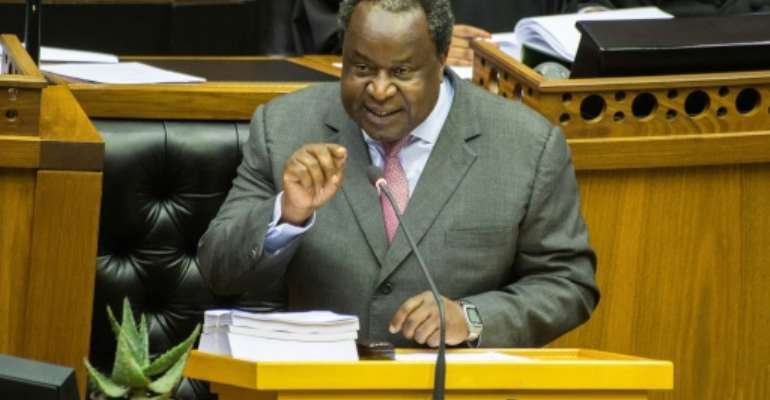 South Africa's government on Wednesday announced plans to allocate around $688 million for coronavirus vaccines and $756 million to boost youth employment, to counter economic setbacks brought by the pandemic.

Money is particularly short for the South African government this year, as the continent's most industrialised economy struggles with the impact of the coronavirus pandemic on top of a recession.

Significant tax hikes were announced to bridge "the largest tax shortfall on record" and fund a 1.35 trillion rand ($93 billion) budget for 2021-22.

"We are allocating more than 10 billion rand ($688 million) for the purchase and delivery of vaccines over the next two years," Mboweni announced.

The contingency reserve will be increased from five to 12 billion rand to fund further vaccine purchases and "other emergencies", he added.

An additional 11 billion rand will be added to a 100-billion-rand initiative to boost youth employment.

That will be needed after a year of rolling restrictions on movement and business to curb the coronavirus outbreak.

South African unemployment soared to 32.5 percent in the fourth quarter of last year, the highest level since the data was first recorded in 2008.

Most of the latest increase in unemployment occurred among workers aged between 25 and 34, followed by the 15-24 group.

"The damage caused by Covid-19 runs deep and we share in the collective pain of many South Africans who have lost their jobs," the minister said.

South Africa is the country hardest-hit by the coronavirus in Africa.

Last March, it imposed one of the world's strictest lockdowns, and measures taken to stem the spread of the virus, including a six-month border closure, blocked tourists and foreign capital.

A global economic downturn brought on by the virus choked government revenues as well as it stifled emerging markets and compounded pre-existing problems.

South Africa was already in recession before the pandemic and its public debt is now expected to exceed 80 percent of gross domestic product (GDP) this year.

"Our public finances are dangerously overstretched," Mboweni warned, adding that the government would have to borrow "well above" 500 billion rand until at least 2024.

But he assured the 2021 budget framework would put South Africa "on course to achieve a primary surplus", which excludes interest paid on government debt, and stabilise public debt at 88.9 percent of GDP in 2025.

South Africa's economy is expected to rebound by 3.3 percent this year after a 7.2-percent contraction in 2020, the minister said.

Ahead of the budget speech, trade unions staged a strike to protest the high level of unemployment and chronic corruption.

At Chris Hani Baragwanath Hospital in Johannesburg's Soweto township, about 100 members of the South African Federation of Trade Unions picketed at the hospital's gate in solidarity with overstretched and underpaid medics.

"Employers have taken advantage of the Covid situation to retrench people... the finance minister must wake to the reality that people are losing jobs," said 48-year-old City Bokaba, a union official.