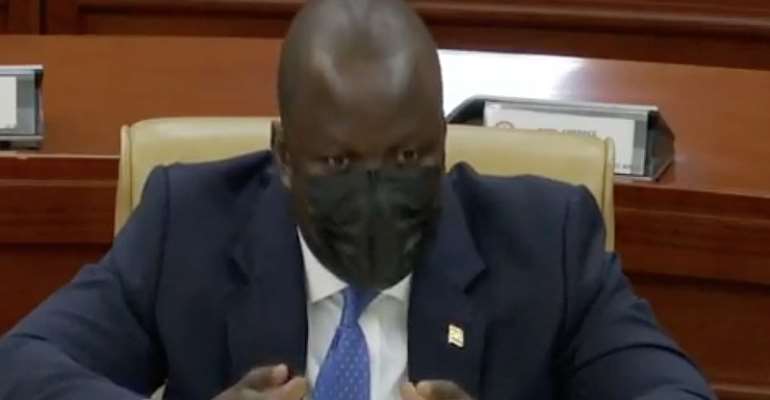 The Lands and Natural Resources Minister-designate, Samuel Jinapor, says he will be more aggressive in tackling the alarming loss of forest cover.

Speaking during his vetting, he said it was time for larger re-afforestation interventions.

“Once in a year; preferably on June 5th, which is World Environment Day, the President of our republic will lead a tree planting exercise.”

He added that the Asantehene, Ya Naa and other prominent members of society will also partake in the exercise.

Mr. Jinapor added that it will be a priority to “see to the growth of the trees.”

“The programme must contemplate a situation where we plant, and we see to the growth of the trees,” he said.

On how much overall recovery efforts would cost, Mr. Jinapor said the situation was now being assessed.

“A lot will be required in terms of the funding, and I am not looking at only governmental sources… we have begun a reflection along the lines of how much we needed and how to raise the requisite funding.”

In 2019, Global Forest Watch estimated that there was a 60 percent increase in Ghana's primary rainforest loss in 2018 compared to 2017.

That was the highest in the world at the time.

One of the world's largest and most experienced independent conservation organisations, World Wildlife Fund, also added Ghana in its 2020 deforestation fronts report published in January 2021.

It believes there is a likelihood that Ghana will experience high rates of forest loss between now and 2030.

Smallholder farming has been identified by the World Wildlife Fund as the key driver of forest loss in Ghana, accompanied by small scale timber.

The World Bank estimates that deforestation is costing Ghana $400 million a year.