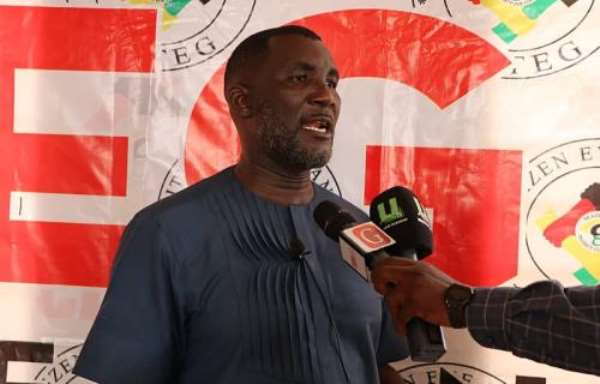 Citizen Eye Ghana (CITEG), a Civil Society Organisation led by its Chief Executive Officer Mr. Alex Tetteh has kicked against the decision by the European Union (EU) in Ghana for asking Ghanaians to respect and tolerate Lesbian, Gay, Bisexual, Transgender, Queer, and Intersex (LGBTQI) persons in the country.

According to him, the EU cannot impose their values and beliefs on Ghanaians who are against homosexuality.

This is in reaction to a post issued by the EU's office in Ghana for the right of the LGBTQI community to be respected and tolerated.

He added that the laws, values and beliefs in Ghana do not allow for such practices.

Addressing a press conference in Accra, Mr Alex Tetteh, called on the government to immediately invite the officials of the EU in Ghana to explain why such an imposition of this unacceptable behaviour in our society.

"We condemn all those who support the practice of homosexuality in Ghana and the coalition who for years has been championing the crusade for it. We hereby also commend individuals and other CSOs who have spoken in condemnation of this practice".

He emphasised that the practice is a sinful act before God.

"The position of the Bible on homosexuality was a pagan abomination which men who engaged in such activities were punished with death. In Leviticus 18:22 we read, you shall not lie with a male as with a woman; it is an abomination".

Mr Alex Tetteh added that sexual activity was seen to be ordered to procreation and the continuance of the human race, thus any form of sexual activity other than heterosexual intercourse is against nature and is a clear violation of the right reason.

"To choose someone of the same sex for one's sexual activity or marriage is to annul the right symbolism and meaning, not to transmit life, and so it thwarts the call to a life of that form of self-giving which the Gospel says is the essence of Christianity. similarities of the above biblical analysis could also be found in other religious bodies and it indicates that the entire society frowns on it", he said.

He then called on the youth of Ghana not to engage in such sinful practices.

Mr. Tetteh also called on the president of the republic, H. E. Nana Akufo-Addo to declare the country's state on LGBTQI in the country.