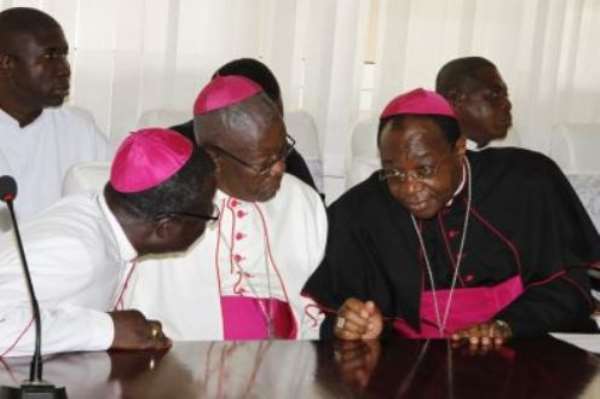 A Deputy Sports Minister, Mr Joseph Yammin has chided the Ghana Catholic Bishops Conference (GCBC) over its recent statement calling on President Akufo-Addo to close down an LGBTQI+ office in Accra.

According to him, the communique which happen to be the first Christian association to condemn the opening of the now-closed LGBTQI+ office in Accra; is something that is only meant to deceive the Ghanaian public.

Mr Yammin however, commended the GCBC for coming out as the first Christian associstion to speak on the gay rights issue that is dominating the headlines in the country currently.

"The Catholic Bishop conference is the first Christian organisation to have publicly spoken against the establishment of an office for the LGBT community in Accra, in as much as I commend them for being the first ahead of the many Christian societies we have am quick to say their communique is just a face saving one and they should give us a break," he stated in a post on his Facebook wall.

The NDC stalwart with Fulani descent further advises the GCBC and other religious organizations in the country to stop the issuance of press statements and move into action against LGBTQI+ activities in the country.

This, he says will enable Ghanaians to be convinced that the GCBC and other religious organizations in the country are not pretending to fight LGBTQI.

"Stop the communiques and move into action if you want us to believe you don't have anything to hide as far as this is concern," he added.

Stiffer sanctions needed to punish persons who engage in tax...
58 minutes ago