Common side effects of Moderna and Pfizer-BioNTech COVID vaccines, ways to deal with them 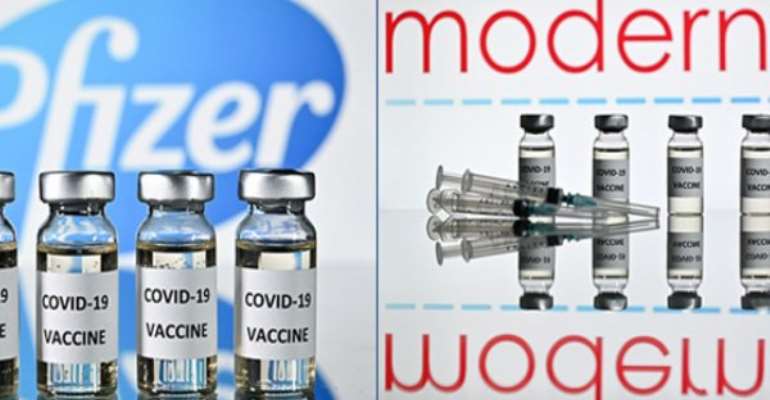 Side effects such as pain and swelling at the shot spot, fatigue, headache, fever and chills are common for Moderna and Pfizer-BioNtech COVID-19 vaccine receivers, CNBC has revealed in a recent health report.

People who experienced such side effects may take OTC pain pills after the shot to alleviate these symptoms, said the CNBC report, with reference to U.S. Centers for Disease Control and Prevention (CDC)'s recommendations.

It is normal for human bodies to experience such side effects as the immune system is set to form its preparation and protection against the virus through a process called "controlled inflammation," which is the way that the mRNA messenger vaccines work in.

To mitigate these side effects which can be very serious in some cases, the U.S. CDC said that people can take OTC pain medications such as ibuprofen, aspirin, antihistamines or acetaminophen after getting the vaccine. However, to see a doctor for advice before taking medicine is also recommended by the agency.

The U.S. CDC does not support practice whether to take these pills before getting shot is ok, said the report, because it will weaken immune system's response to the mRNA messenger vaccine.

In other words, the antibodies generated for people taking pain medicine before their shots are not as good as originally expected from the vaccine.

The U.S. CDC also listed other ways for alleviating the vaccines' side effects, including putting a wet, cold cloth on the inoculation spot to relieve pain, taking more fluids if getting a fever, and wearing light clothes to help feel more comfortable.

The report also mentioned that more people begin experiencing side effects after taking the second shot because the first one only triggers the immune response while the second one boosts it.