15 UN peacekeepers from Tigray refuse to return to Ethiopia 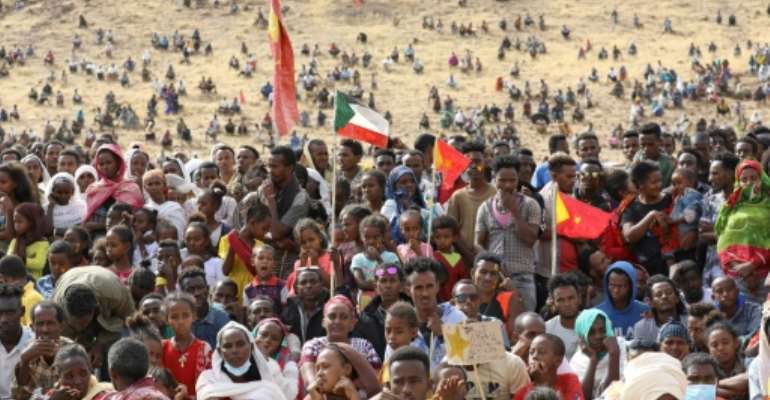 Fifteen members of a contingent of Ethiopian peacekeepers in South Sudan, originally from the Tigray region, refused to return to Ethiopia Monday, the UN said, citing their right to seek asylum if they fear for their lives.

Tigray has been the theater of fighting since early November 2020, when Ethiopian Prime Minister Abiy Ahmed announced military operations against the Tigray People's Liberation Front (TPLF), accusing them of attacking federal army camps.

He declared victory after pro-government troops took regional capital Mekele in late November, though the TPLF vowed to fight on, and clashes have persisted in the region, hampering efforts to deliver sorely-needed humanitarian assistance.

"This morning, 169 members of the Ethiopian contingent were due to rotate out of Juba and (be) replaced by fresh contingents, a part of a normal rotation," said UN spokesman Stephane Dujarric during his daily press conference.

"We're trying to get the details, but I do understand about 15 members of the contingent chose not to board the flight at the Juba airport... They've asked to stay," he said, adding that "any person in need of international protection has the right to seek asylum."

"They are receiving support from the South Sudanese Ministry of Refugee Affairs," Dujarric continued, and the UN High Commissioner for Refugees (UNHCR) is "aware" of the situation and in contact with South Sudanese authorities.

The UNHCR defends the principle of "non-refoulement," or allowing refugees or people seeking asylum not to return to their country of origin "if they feel their lives or freedom could be threatened," Dujarric said.