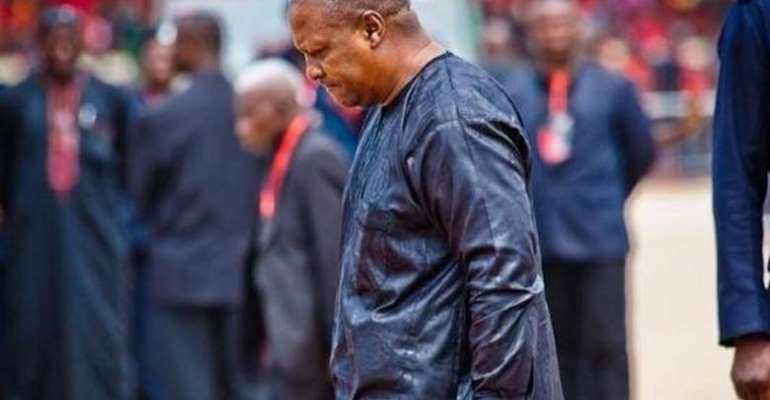 This was after weeks-long arguments and dismissals, and counter press conferences over the matter.

The Supreme Court panel today dismissed John Mahama application for a review of an earlier ruling stopping him from reopening his case.

This is the fourth casualty the petitioner has suffered in the ongoing election petition hearing.

Mahama through his lawyers had written to the Supreme Court arguing that the apex court made fundamental errors in its earlier ruling.

He prayed the court to reconsider his new arguments and depart from its earlier ruling.

The court had earlier in its ruling read by the Chief Justice Anim-Yeboah explained that the legal team of the petitioner failed to justify why they should be allowed to reopen the case therefore “We accordingly refuse that application”.

The Petitioner wants to reopen his case in other to subpoena the Chairperson of the Electoral Commission, Jean Mensah, to testify as an adverse witness.

The lead counsel for the petitioner had said they closed their case hoping that Jean Mensah would mount the witness box to testify after having submitted a witness statement telling the court she will be available for cross-examination.