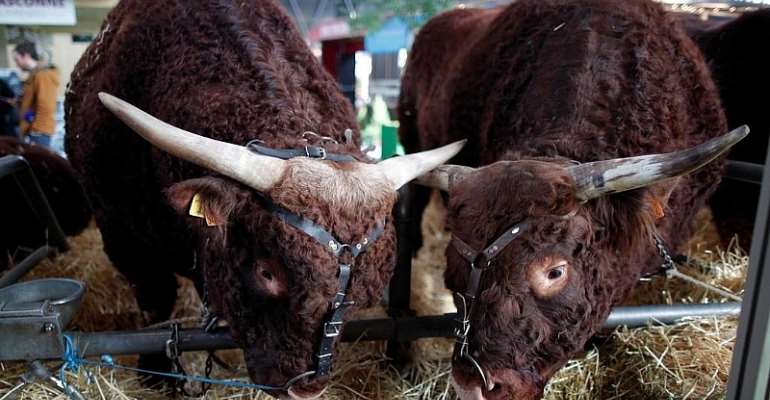 Next week will be particularly tough for France's embattled farmers, breeders and market gardeners who – deprived of their annual flagship Agricultural Fair – are improvising new ways to flaunt their wares.

For the first time in 56 years the doors will remain closed on this major international meeting of the agricultural world, the highlight of the farming calendar.

It's an important event that brings primary producers face to face with city folk – a relationship that is taking on greater urgency as climate change forces a shift to a more sustainable food system.

Last year more than a thousand exhibitors trotted out some 4,000 livestock and showcased their best produce to a throng of 650,000 visitors, including President Emmanuel Macron, inside a mammoth exhibition space on Paris's southern fringe.

The fair was a thumping success until the newly emergent coronavirus scuppered its final day.

Fast forward 12 months and there won't be an animal in sight, as France's largest farm becomes one of the epidemic's most most high-profile victims.

Reinvention
The cancellation of the Agricultural Fair, announced last October, has been another ordeal that is forcing distressed farmers to reinvent the way they do business.

The sector has been limping along for a year now, forced to navigate endless months of restaurant closures, restrictions on public gatherings and a nighttime curfew that forces French people to be home by 6pm.

Local unions and chambers of commerce in several regions have helped producers survive lockdown by pooling their resources into online shops selling everything from cheese and canned goods to poultry and fresh vegetables.

In place of the showpiece annual fair, which was due to take place from 27 February to 7 March, some regions – such as Hauts-de-France – are hosting open farms, local markets “shows” and virtual agriculture fairs to help put farmers back in the spotlight.

It's a far cry from their traditional gargantuan meeting at Paris's Porte de Versailles, but there will still be baby cows, fun recipes and educational programmes for kids – as well as the odd politician.