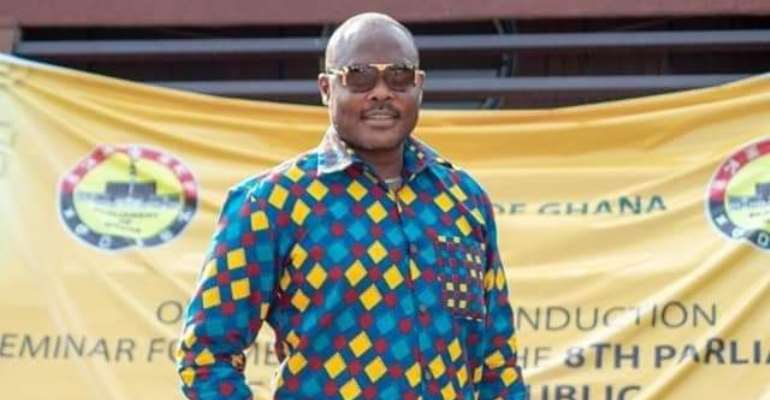 The Cape Coast North Member of Parliament, Dr Kwamena Minta Nyarku popularly called Ragga has debunked misinformation surrounding his tour of the constituency to inspect progress on some road projects in the area.

There were accusations that the lawmaker was claiming ownership of some road projects he did not undertake during his days in office.

He added, "I challenge any of those making those accusations against me to provide any audio or video of me making those claims. Such claims are petty, unwarranted, disrespectful, and not good for the development of our constituency, democracy and country".

The lawmaker continued, "There are no ministers yet, so how can I even go and lobby for projects let alone take credits for them. I've not done anything like that.

"Those who intend to sabotage me must stop all those things because that would affect the development of the constituency."

He was speaking to D.C. Kwame Kwakye on GBC Radio Central Morning Show Monday, 22nd February, 2021 in reaction to rumours allegedly speculated by some NPP members in the constituency.

According to him, he is the MP for Cape Coast North and has the mandate to visit his constituency to acquaint himself with ongoing projects.

He indicated that he wanted to know the current state of all projects and know what to contribute to get the projects completed.

"Development is a continuum and all I'm doing is to ascertain the state of the projects in the constituency and speak to all Heads of Departments to find out what can be done about these projects".

Ragga stressed that the Abura Police Station was started under the former NDC MP, Barton Oduro. "When MP Barbara assumed office, she continued the project to its present state. Did anyone accuse her of claiming the project from Hon. Barton Oduro? Did she acknowledge him for starting the project?

"So if I provide the other things that are needed to make the Abura Police station functional, can I take credit for it? No, I shall not do that but, it is only expedient that I also contribute my quota to the development of the constituency".

The MP revealed that, until his tour, he never knew that there were schools where students were sitting on stones in classrooms. "I've gone to see the Director of Education and we are finding solutions to that problem".

He cautions persons spreading false information desist from it inorder not to distract him from continuing where his predecessor left off.

The Cape Coast North MP posited that his constituents must contribute their quota to the development of Cape Coast.

"I'm the only MP and none other. This is my time to serve the people and I will do that to the best of my ability, knowledge and networks. I thank the good people of the constituency for giving me the opportunity to serve them".

"Those who want to sabotage me must stop and rather divert their energies into helping in the development of Cape Coast," he emphasised.