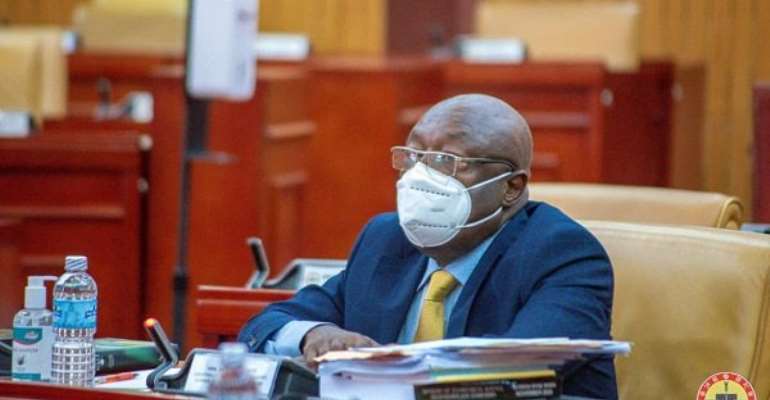 Dr Kwaku Afriyie, Minister Designate for Environment, Science, Technology and Innovation has stated that despite recent reverses in COVID- 19 cases, Ghana has made tremendous strides in the fight against disease.

He said contrary to the popular believe, Ghana's public health system was fairly robust in relation to the African situation.

Besides, Ghana at the outbreak of COVID-19 was able to marshal all the arsenals at its disposal with President Akufo-Addo leading the fight against disease.

Dr Afriyie made the remark when he appeared before Parliament's Appointment Committee for vetting on his renomination for ministerial role.

The nominee who is the Member of Parliament (MP) for Sefwi-Wiawso served as the former Minister for Western Region in the first term of President Akufo-Addo's administration.

The nominee who has been moved to the Ministry for Environment, Science, Technology and Innovation is expected to deal with issues of climate change and the environment especially the effects of illegal mining on the water bodies.

Dr Afriyie, who is also a public health expert, explained that Ghana's public health system had structures which dealt with health promotion, prevention and reporting mechanisms as well as systems that dealt with such outbreaks.

He said Ghana was at the forefront in abolishing measles, whooping cough among other diseases disturbing the people in the tropical climates.

He said as a result of the capacity that had been built over the years, the government was able to marshal this expertise at the beginning of COVID-19 and was able to stem the rapid spread of the disease.

He said even though the spread of the disease in other places were exponential, that of Ghana was nowhere near the exponential curve that people were worried about.

Dr Afriyie however explained that a major challenge of the public health system was the clinical services, which he noted had a shortfall.

He insisted that Ghana had some of the best health system in the world, adding that Ghanaians could be proud of themselves anywhere in the world.