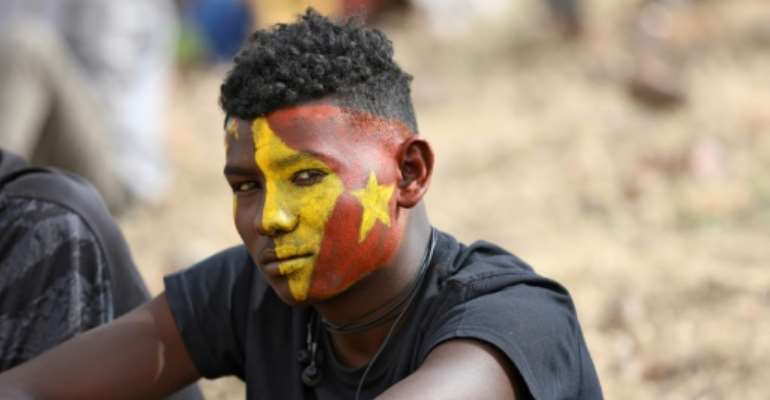 An Ethiopian refugee in Sudan's Um Raquba camp attends a gathering to celebrate the anniversary of the Tigray People's Liberation Front. By Hussein Ery (AFP)

In remote eastern Sudan, refugee activists are keeping the flame burning for the former rebels who once dominated Ethiopian politics but were ousted from their regional stronghold last year.

But since it was sidelined from power beginning in 2018, and then ousted from Mekele by federal forces in a devastating offensive last November, the TPLF has been pushed back into the bush.

Its top leaders are in hiding and some have been killed, as the party has returned to the guerrilla existence it maintained from its foundation in 1975 to its victorious entry into Addis Ababa in 1991.

Um Raquba is one of a string of camps along Sudan's eastern border that now accommodate some of the more than 60,000 Ethiopian refugees who entered the country after the outbreak of recent fighting in Tigray.

Apart from emergency supplies provided by aid organisations, residents have few resources beyond what they were able to carry with them on their flight into exile.

But for the anniversary commemoration, which lasted several days until Friday, activists in Um Raquba managed to lay their hands on face paint, loud speakers for speeches and fabric for banners and flags.

"We hold this celebration annually and we will continue to celebrate it whenever and wherever we are," camp resident Tesfalam Gabrmedhan told AFP. 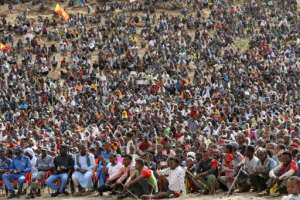 Um Raquba is one of a string of camps along Sudan's eastern border that now accomodate some of the more than 60,000 Ethiopian refugees who entered the country after the outbreak of recent fighting in Tigray. By Hussein Ery (AFP)

Many in Um Raquba lost loved ones in the fighting for the Tigray's main towns as an offensive ordered by Prime Minister Abiy Ahmed in response to TPLF attacks on federal army camps crushed the regional government.

"We want to show the world that Abiy Ahmed's forces killed our husbands, displaced us, and stole our money," said refugee Ganat Kahfay who lost her husband in the fighting.

Abiy has said that no civilians were killed as federal forces took control of Tigray's cities and towns.

Most Tigrayans are followers of the Ethiopian Orthodox Church and priests led masses praying for the war to end so that the refugees could return to their homes.

Many in the congregation had red and yellow Tigrayan flags painted on their faces and the letters TPLF on their foreheads. 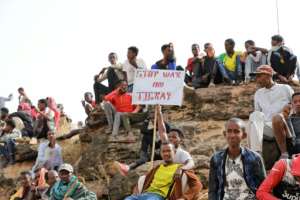 For nearly three decades the TPLF marked its February 18 anniversary in Addis Ababa and regional capital Mekele but since it was ousted from Mekele in a devastating offensive in November it has been pushed back into the bush. By Hussein Ery (AFP)

Malako Germay, a refugee from the Tigray town of Mai Kadra, said he had joined the celebration "to see the Tigrayan flag flying" once again.

"We don't want to raise the Ethiopian flag after Abiy Ahmed drove us out of our lands," he said.

Little news of events in Tigray reaches the refugees.

Abiy's government has restricted access during the fighting, making claims from either side difficult to verify. 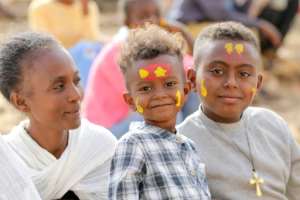 Most Tigrayans are followers of the Ethiopian Orthodox Church and little news of Tigray reaches the refugees in Sudan. By Hussein Ery (AFP)

The region has been under an internet blackout since the conflict started, and this month that has been compounded by a power outage the federal government has blamed on the TPLF.

But the United Nations says fighting is still continuing in the countryside between TPLF holdouts and federal troops, and the refugee activists in Um Raquba have not abandoned hope of pulling off an upset victory.

"God willing, we will return to Tigray and the TPLF will win," said Tesfay.