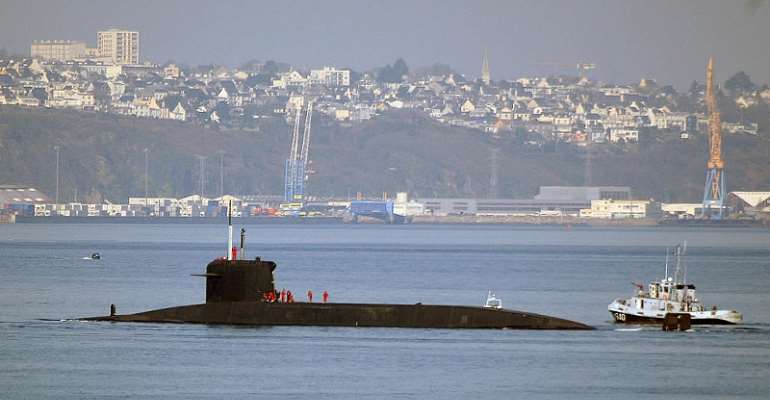 France's Navy is to purchase four nuclear submarines worth several billion euros, French Minister of Defence Florence Parly has announced. The vessels are scheduled to be operational by 2035 and to be part of a military operation that appears increasingly assertive.

Fifty years ago France employed its first ever nuclear submarine, the Redoutable. In 1997, the Redoutable and its five sister ships were replaced by the four Triomphant class SSBNs ("Submersible Ship carrying Ballistic Nuclear missiles,) the Triomphant (deployed in 1997), the Téméraire (1999), the Vigilant (2004) and the Terrible (2010).

The ships are typically 138 meters long and 12.5 metres wide, allowing space for two crews of 110 sailors, marines and technical personnel. The motor is driven by a nuclear reactor, and the ship can be equipped with 16 M51 tactical nuclear warheads, powered with three-stage boosters similar to those used by the Ariane 5 space rocket.

These represent a new generation of ballistic missiles which carry six to ten thermonuclear warheads, and are a "central part of French deterrence," according to the website of the manufacturer.

According to navy-monitoring website Mer et Maritime, the M51 has a range of 9,000 km and is 1,000 times as destructive as the bomb that the US Air Force dropped on the Japanese city of Hiroshima in 1945.

The vessels are based in the western French port of Brest and will serve until 2035, when they will be replaced by four new units.

These ships, with a length of 70 meters, are smaller than the Triumphant class and can house crews of up to 70 members. They are fuelled by nuclear reactors and equipped with 4 torpedo launchers for Excocet sea-skimming anti-ship missiles.

The announcement of plans to replace the ballistic missile submarines comes at a time when the French navy seems to be increasingly assertive.

Last week, Minister Parly said that a nuclear attack submarine was among two navy ships that recently conducted a patrol through the South China Sea.

The Emeraude was accompanied by support ship Seine for the passage.

"This extraordinary patrol has just completed a passage in the South China Sea. A striking proof of the capacity of our French Navy to deploy far away and for a long time together with our Australian, American and Japanese strategic partners," said Parly on Twitter.

China lays claim to nearly all of the South China Sea, while Taiwan, the Philippines, Brunei, Malaysia and Vietnam all also claim parts of the region, believed to hold valuable oil and gas deposits.

The expedition precedes the yearly "Mission Jeanne d'Arc" consisting of Mistral-class "Tonnerre" and La Fayette-class frigate "Surcouf" which set sail on 19 February from Toulon for Japan.

The mission, a long duration and joint deployment aimed at providing officer cadets with “at sea” operational training before joining their units as officers will cross the South China Sea twice, risking the ire of Beijing.

France also announced that it will take part in joint military exercises with the US and Japan in the East China Sea in May this year.

The exercises, first reported by Japan's Sankei Shibun newspaper, to be conducted on one of Japan's uninhabited outlying islands, will focus on providing relief efforts during a natural disaster, but could also form the basis for a defence against military attack, the paper suggested.

The joint exercises aim to counter China, which claims Japanese-controlled islands in the East China Sea, according to Sankei.

“We want to demonstrate our presence to the region and send a message about Japan-France cooperation,” Admiral Pierre Vandier, chief-of-staff of the French navy, told Sankei in an interview when he paid a visit to Japan last November.

Vandier, who was appointed France's navy chief in November, has expressed concern about China's "conquering mentality" in an interview with the AFP news agency, warning about the rapid expansion of China's navy.

In another show of force, Parly announced on 19 February that the French aircraft carrier Charles-de-Gaulle will soon leave for a mission of "some months" joining the framework of Operation Chammal, initiated in 2014 to fight the Islamic State armed group in Iraq and Syria.