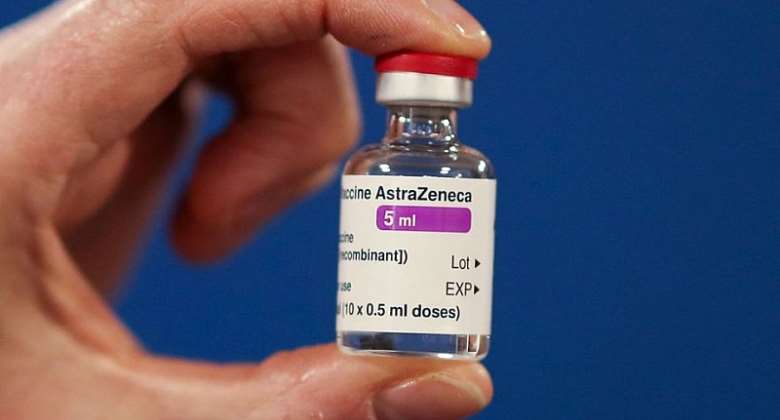 After complaints from clinic administrators about safety, vaccinations with AstraZeneca's Corona vaccine been given in Lower Saxony and two places.

In order not to endanger operations, a clinic in Braunschweig has suspended vaccinations with the AstraZeneca vaccine. The reason: an increased occurrence of side effects.

Following complaints from clinic employees about side effects, vaccinations with AstraZeneca's Corona vaccine have been temporarily stopped at two locations in Lower Saxony.

At the Braunschweig clinic, 37 of 88 employees who were vaccinated on Thursday temporarily did not show up for work because of "vaccination reactions". Further vaccinations will now be suspended - also in order not to endanger operations, said a spokesperson. Workers at the Emden hospital also called in sick after vaccinations. In response, the neighbouring district of Leer also initially announced that it would no longer inject the drug. "Because our vaccine doses probably come from the same batch as in Emden," they said. After consultation with the state, this was lifted again.

According to the Robert Koch Institute (RKI), reactions can occur with both the mRNA vaccines from Biontech/Pfizer and Moderna and the vector-based AstraZeneca preparation. However, the head of the crisis management team of the state of Lower Saxony, Heiger Scholz, expressed surprise on Tuesday in view of the increased occurrence of side effects. A batch problem could not be ruled out. However, no one had to go to the hospital with complications, Scholz said. Ultimately, the expected side effects were a positive sign - it was clear that the vaccine was effective.

The Paul Ehrlich Institute, which is responsible for the safety of vaccines, was informed. A spokeswoman for the institute told the newspaper Braunschweiger Zeitung that it was not yet possible to make an assessment of the specific cases. It is currently being investigated whether the reactions go beyond what was observed in the clinical trials. The manufacturer sees no reason for concern. "Currently, the reported reactions, as we would expect are based on the findings from our clinical trial programme," AstraZeneca said on Monday when asked.

Meanwhile, the use of a batch of AstraZeneca's vaccine in German State Mecklenburg-Vorpommern has been suspended as a precaution. The reason given by the Ministry of Health in Schwerin on Tuesday was possible undercutting of the storage temperature during transport. When the vaccine was delivered, deviations from the prescribed temperature range were registered in vaccination centres in the state.

The range of 2 to 8 degrees Celsius may have been undercut in some cases, it said. Health Minister Harry Glawe (CDU) assured the public in the evening that he was working "at full speed" to clarify the cause.