Depression forces mother to kill her only child 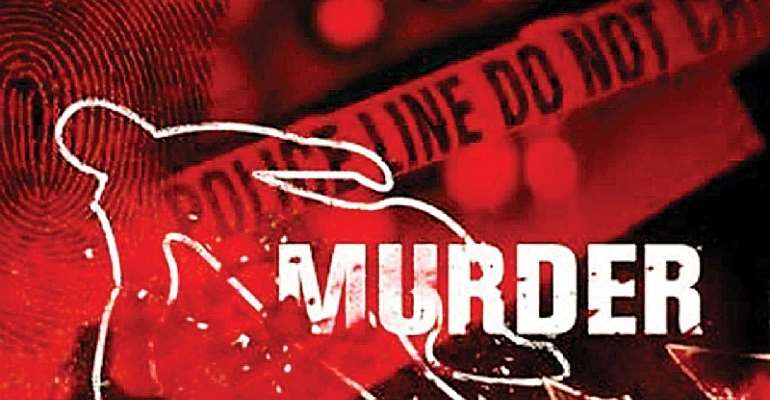 A mother suffering from postpartum depression has killed her seven months old baby in the Akyem Ofoase District – where residents have expressed shock over the development.

The shocked residents of the community upon the strange behaviour of the woman realized she has slit the throat of her seven months old baby and dumped the body at a cocoa farm near the village – which has become a subject matter for police investigation who have arrested the suspect.

The unfortunate incident is said to have happened in the early hours of February 8, 2021 in Atanurom, a village near Akyem Otwereso in the Akyemansa District of the Eastern Region with the suspect identified as Patience Tetteh, alias Mommie.

The Deputy Superintendent of Police (DSP) of the area, Ransford Nsiah commenting on the issue blamed the community members for looking unconcerned for the young mother to continue being depressed even after her condition became public knowledge.

He describes postpartum depression as a mental disorder that affects one’s mood, loss of interest or pleasure, energy, feelings of guilt or low self-worth, disturbed sleep or appetite, poor concentration, and can bring about suicidal thoughts.

He adds that PostPartum depression of women, can make a mother not want to see her baby, touch her baby, and sometimes the feeling of wanting to kill her child – the reason the community members should have acted fast when signs of depression showed in the woman.

A research study from the don population-based cohort reveals that a mother suffering a mild form of postpartum depression taking care of a baby by herself without help is quite frustrating, and it is even more frustrating if that is her first child.

Risk factors for postpartum depression, one of the most pervasive complications of childbearing, study further reveals are poorly understood in Africa – causing many young innocent lives to perish for no reason.

Ghana is a country in West Africa with a population of approximately 31 million. There are high rates of both maternal mortality (451 per 100 000 live births) and childhood (under-5) mortality (8 per 100 live births).

According to WHO, only a lesser percentage of patients with mental disorders receive any form of psychiatric care in Ghana which results in a series of dead news of innocent children in the media space.

He further advised especially mothers not to feel embarrassed to seek professional help from doctors specialized in psychiatric whenever symptoms of postpartum baby blues or postpartum depression sets in after childbirth.