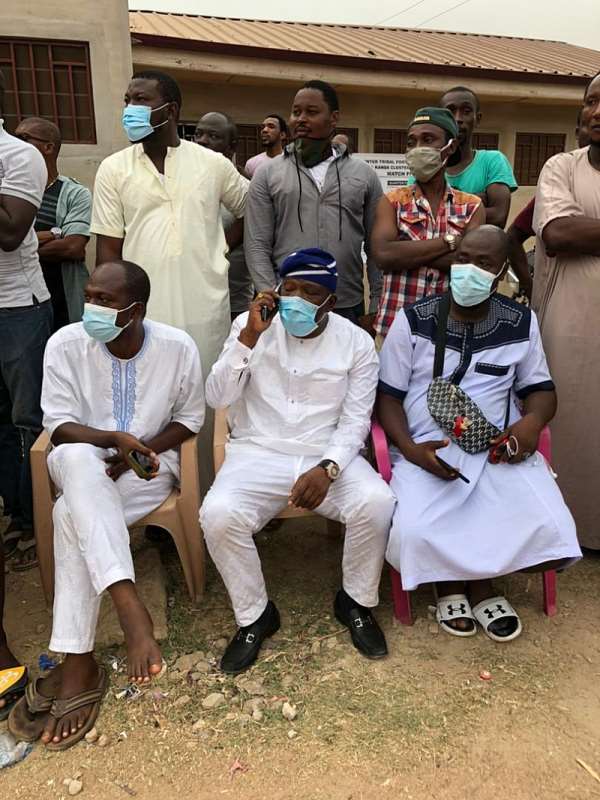 The first-ever Zongo inter-tribal football Gala competition has reached the grand finale with tournament's favourites the Kotokolis clashing with the Zabarmas on Saturday.

The grand finale, slated for Saturday, February 20,2021 at the Kanda Cluster of Schools Park in the Ayawaso East Metropolis is expected to be a cracker as both finalists have what it takes to carry the day.

In the first semi-finals of the championship, the Kotokoli team which is yet to concede a goal beat their Ga Adangme counterparts by a lone goal. The goal, scored by Skipper Alhaji Farouk, came in the first half of the contest.

On Thursday, the scientific Zabarmas defeated their Grushi counterparts by 5-3 on penalties after the match ended in stalemate. The Grushi's played with ten men after their defender was shown a red card after fouling the Zabarmas striker, who was one on one with the Grushi goalkeeper.

The two losers in the semi-finals will clash on Friday, February 19,to decide the third and fourth best teams in the competition.

The 22 team soccer tournament has among other things the objectives to foster peace, unity, love and stability amongst the various tribes in the Zongo communities of Nima, Mamobi, Pigfarm, Accra Newtown, Kanda and its environs.

According to Mr Sannie Muhammed, the tournament's organising committee chairman, "the main reason is to foster unity among the various tribes in our community Nima Newtown Mamobi Pigfarm and it's environs.

"We want to bring all the tribes together to ensure unity, identity, love and stability amongst the residents and people in our Zongo communities. It is to also send a signal to the world at large that we are one people with one destiny regardless of our respective tribes, religious and political affiliations."

On whether the tournament is going to be an annual event, the organising committee chairman responded in the affirmative and assured that it will be bigger and better in consequent years than the maiden edition.

The competition which was conceived by Mr. Awalu Awudu Angulu, popularly referred to as TM or The Vulture, was open to every tribe provided they can raise a team to participate, contrary to the notion that certain tribes were neglected.

Mr. Sannie Muhammed called for discipline and respect for every tribe and officials, especially referees and organisers. He expressed his appreciation to the organiser, Mr Awalu Awudu for conceiving such a unique idea that has created the platform for the various tribes to come together through sports to exhibit and unearth talents.

The Chairman further commended the efforts of other persons for their diverse and tremendous efforts in ensuring the tournament came to reality. Among the dignitaries that have been to the venue included, Mr. Aziz Futa, the NPP National Nasara Coordinator, Sheikh Saeed Dahman, an Islamic Cleric, Sheikh Abdul Rauf Fufana, the CEO of the Golden Voice of Islam, amongst others.