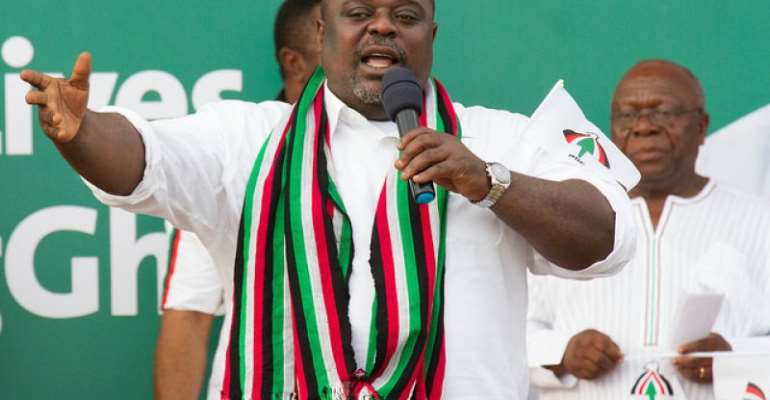 Many have criticised Mr Anyidoho the motive behind sharing the photograph of the former President conceding defeat at the time the NDC is currently in court challenging the 2020 Presidential election results.

In a post on his Twitter page carrying a cryptic message, the Chief Executive Officer of the Atta Mills Institute said when the former President and John Asiedu Nketia were conceding defeat, he was busy holding a press conference to energise supporters of the party as though they were winning. 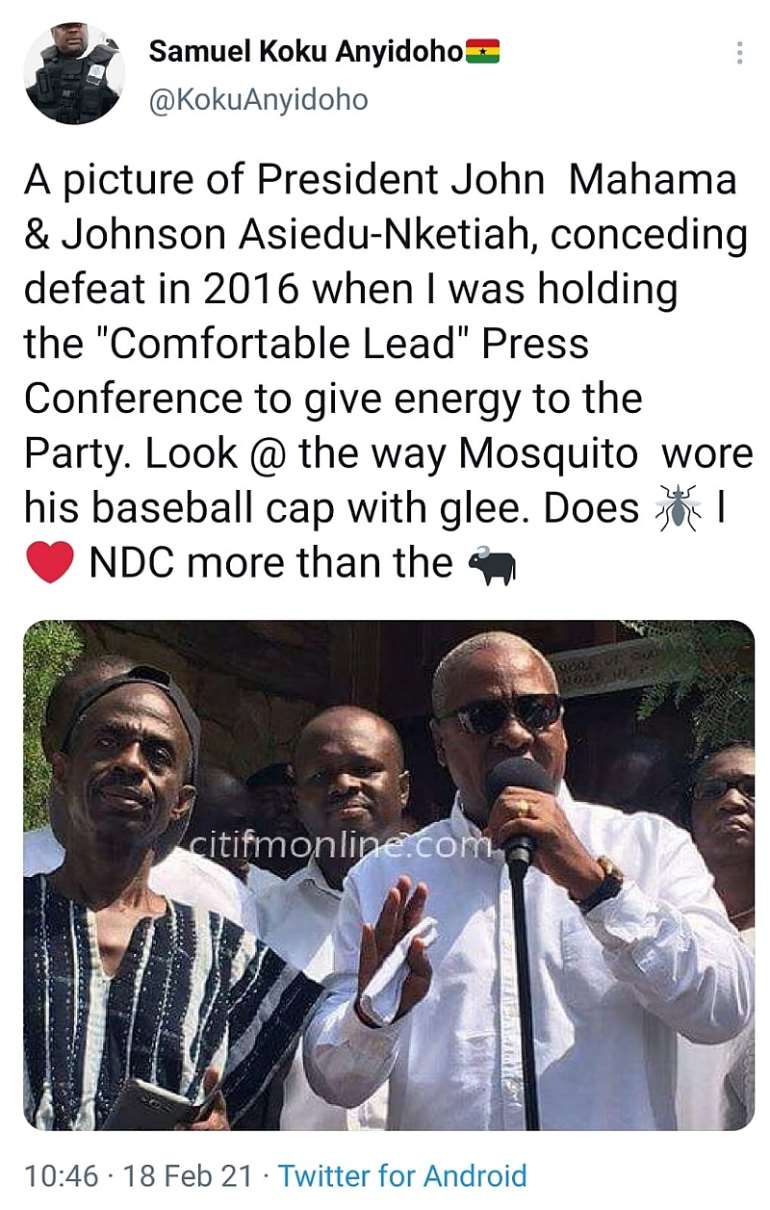 Earlier this month, Mr. Samuel Koku Anyidoho was suspended by the NDC for misconduct in a letter signed by General Secretary Johnson Asiedu Nketiah.

In a reaction to his suspension this week, the former Deputy General Secretary called it a bluff as he stresses that nobody can push him out of the umbrella party.