Ghana Police: One Suicide Too Many 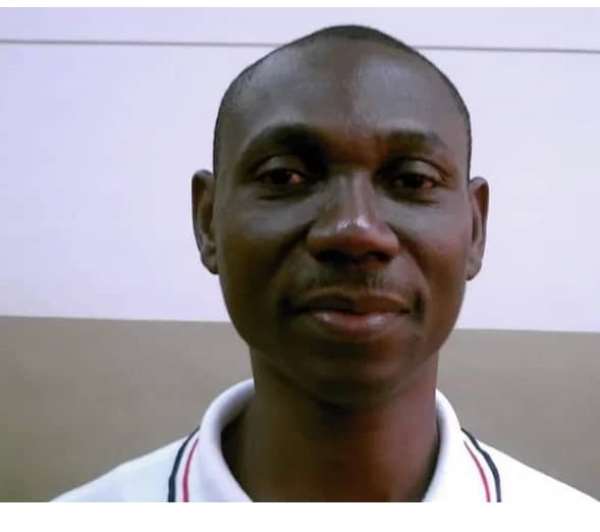 “The duties of an officer are the safety, honour, and welfare of your country first; the honour, welfare and comfort of the men in your command second, and the officer's own ease, comfort and safety last.” - George S. Patton

THERE IS NO GAINSAYING that police work is a dangerous, challenging and usually thankless job. Day in, day out, the police are thrown into very difficult situations in which they are expected to make split-second decisions.

Ever since George Floyd was suffocated to death in the US by a police officer, the little honour that the police had is gradually diminishing; and the stories we hear about police brutalities in neighbouring countries do not do credit to the service anywhere else. The Ghana Police motto is: “Service with Integrity”, and despite the negative attitude to the men (and women), some of us rather maintain that they score high marks in Ghana. But the question is: “Why the spiralling rates of suicide?”

The Daily Guide Editorial headed: “Police Psychiatric Emergency” makes very sorrowful reading. The editorial notes: “It is curious that even the suicide toll is mounting among police officers, a situation which until the IGP's reference to it recently hardly made it to the public space… We cannot ignore the seriousness of stress management among law enforcement personnel because they are sometimes armed. When they suffer a cognitive crisis, armed cops could turn their arms on their colleagues or even family as it happened in Tema.”

Is it depression or psychosis? In 2016, a member of the Rapid Development Force of the Tema Regional Police Command, Constable Wilfred Amuzu, gunned down his two children and mother-in-law before turning the AK 47 assault rifle to himself. On January 30, 2021, the Half Assini District Commander, Supt. Cyprian Zeno was found sitting on a chair with a gunshot wound on his forehead. He was 57, and only three years away from retirement. The Western Regional Police Command issued a signal: “Although preliminary investigation pointed to suicide, the investigation is opened to unravel the true circumstance leading to the death of the officer.” While investigations continue, we are enjoined to be “sensitive and circumspect” in our commentary! Then there was this death of DSP Devine Asiam who allegedly committed suicide in his room at Borteyman. He was a police prosecutor and worked at the Court Unit at Ashaiman. He had sent “good night” messages to friends and relations and left a note for his sister who was staying with them to use his ATM card to withdraw GH¢5,000 for the upkeep of the house and the children, who number three with the last being two years old. What is going inside the Police Service? The Police have an administration and an elaborate Welfare Unit. What is not clear is whether there is a channel or network of communication that flows from bottom-up: Daily Guide captures this succinctly: “Other Ranks (ORs) or Non-Commissioned Officers especially do not have easy access to their superior officers when they are burdened with issues such as transfers or promotions among others.”

We hear of service personnel who have been at one station from five to ten years! Sometimes, a little change could “refresh” such officers. Then a change from one unit to another. Then – a big one – say, a year before a police officer goes on retirement, there should be a counselling session to such personnel: the preparations to be made; what to expect, what not to expect (No more, Yessa, Massa; no more 'I take am'; no more goro… no more free 'front' ride on a vehicle; no more “free” slap, … no more…).

They must be advised to take whatever situation they find themselves later in life as easy as they did in their halcyon days. It is said that “no condition is permanent”; they can turn every bad situation into a good one.

A lot of research has gone into the Police Service, stretching from “Police Personality” to “Police Operations”: they all make interesting reading. The Police Working Personality according to Robert Balch is something outside his control; the working experience changes their personality, and usually renders them easily irritable, more paranoid and even more aggressive. The simple man who was a simple classmate wears the uniform, takes a gun, and he is changed! The Service has changed him: he is a different man, he has “got” power and he (is expected) to command! Edward Addo Sowatey, Justice Tankebe J. Beek, J. Blaustein, Adinkra Alfred Commey have done extensive research into the Ghanaian Police Systems.

There has been a long debate about decriminalising attempts at suicide. We may read Joseph Osafo, Charity S. Akotia and Emmanuel Quarshie's “Suicide in Ghana: A Qualitative Study with Policy Implications” and get an understanding of this phenomenon. Meanwhile, we have to note that section 57 of the Criminal Code, 1960 says (2) whoever attempts to commit suicide shall be guilty of misdemeanour (that carries a sentence of up to three years).

It is significant that a retired police officer has bared his chest out. Paul Bampoe, a retired Superintendent noted on Adom FM Show on Tuesday that officers who take their own lives, suffer from personal problems, stress from the job and mental health issues. They would rather keep these problems to themselves for fear of being stigmatised.

The Daily Guide editorial has a worthwhile recommendation: “Let the IGP and the Police Administration walk the talk about engaging psychologists and psychiatrists to deal effectively with the rising number of suicides in the law enforcement agency.”