The Wages Of Contempt 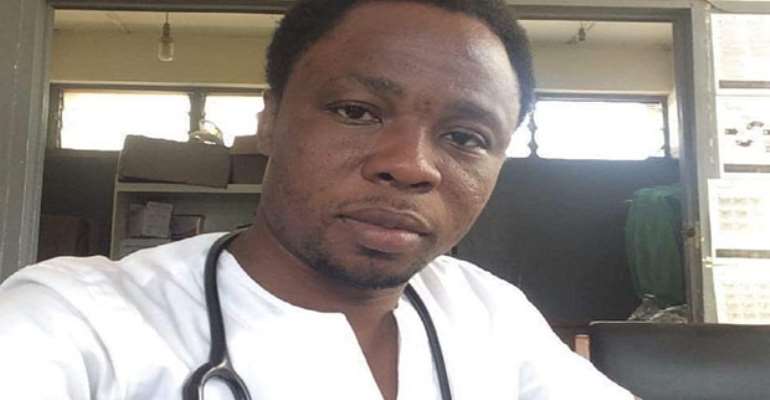 When our remarks threaten institutions of state and the work they do, we should be concerned as citizens of this great country.

A certain Simon Ayamga has been arrested for threatening to torch the Supreme Court and making remarks contemptuous of the apex court. His threat follows his angst against the judges sitting on the 2020 Election Petition.

He had the guts to post his obnoxious opinion on social media. If his goal was to have many read the stuff, he succeeded in doing so. He was however not spared vitriolic from the many decent persons who love their country and understand the implications of a failed state in which the rule of law is nonexistent.

A functioning state is one whose institutions are able to discharge their constitutional obligations without threats, which is what Ghana is.

We are unable to reproduce the nonsense he posted on social media except to point out that it was repugnant.

We cannot believe it that he issued such a threat and did not expect to be arrested and charged accordingly for the relevant law he has infringed upon.

Even as he enjoyed the infamy, we doubt if his friends queried him for going too far in his remarks.

The relevant security agency would have been shirking in its responsibility had the suspect not been picked up for questioning.

Stretching the freedom of expression to such levels of contempt, smacks of ignorance and crass irresponsibility on the part of their originators.

Now that he is assisting in investigations, there is relief among those of us who believe in the institutions of state and abhor criminal remarks which compromise our values.

There are better ways of becoming heroes. Certainly, the suspect would learn lessons which would prepare him to become a decent citizen when he is charged and prosecuted.

Even as we digest the import of his filthy remarks, we are being confronted with calls for his release.

Such so-called Good Samaritans would not scold the suspects at the time they were spewing the toxic remarks but would spring up from their abodes asking for mercy for their colleagues.

The Tertiary Education Institution Network (TEIN) of the opposition NDC at KNUST has apologised and demanded his release because mid-semester exams in which he must partake is due in a fortnight. Had the TEIN queried him at the time he misbehaved, its apology would have made sense and convincing.

His mother too is reported to have joined in the calls for his release. It is our take that she be told the threats he issued on the Supreme Court and the implications thereof.

If only Simon Ayamga had followed the story of the so-called pastor who was arrested for passing inappropriate remarks and found to be in possession of Indian hemp, he would have been refined in his remarks and avoided the murky situation he now finds himself in.

The law is clear about such matters. It is our position that henceforth those who cross the red line of decency should be made to face the full rigours of the law. The rarity of such reactions from the law enforcement agencies has not provided the necessary deterrence in the Ghanaian society.