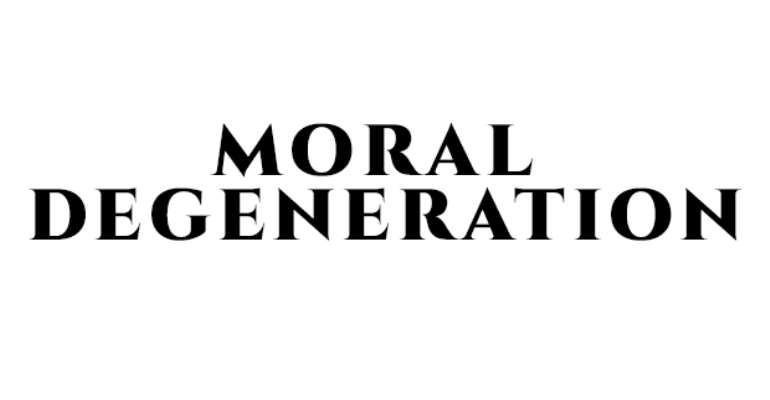 One of the stunning stories last week, related to two girls – students of a junior high school who claimed to have been kidnapped.

When the untrue story broke out, it attracted massive following and the reason was not farfetched.

The Takoradi girls who were murdered by their abductors and a date having been set for the judgment of the court which tried them in the Western Region came to mind.

The police in whose jurisdiction the feigned kidnapping took place were especially stressed as well as the parents of the young ones as they wondered whether something untoward had happened.

There was a sigh of relief when eventually it turned out that the girls were not kidnapped. That was a short-lived relief because it immediately gave way to despondency by most Ghanaians who followed the story.

Many expectedly could not process the feigning of a kidnap by girls of a JHS.

The occurrence is a pointer at the moral degeneration which our country is going through.

We are at our wits end as are others over what should be done to reverse the downward spiral of moralities in our society.

We now appreciate why authorities have disallowed the use of mobile phones by students in senior high schools.

That JHS girls have boyfriends and even feign kidnapping as they 'cool off' in the latter's rooms is something demanding our attention as a nation.

It is important that we determine the level of moral degeneration in our junior high schools lest others are infected by the moral virus. Using the school the 'boyfriend kidnapped' attend as a case study, the Ghana Education Service (GES) should investigate how much these girls have influenced their colleagues.

If this is what is happening in some junior high schools in the country, it can only be imagined what is obtaining in senior high schools, especially among day students.

It might be impossible to reverse the negative trend at this time or even overnight, suffice it to however demand that the subject is discussed. Perhaps this way we can arrive at a solution to the moral challenge now staring us in the face.

Finding answers to questions about the homes of the girls would assist in arriving at solutions to the moral degeneration.

Just allowing them to continue mingling with their colleagues without any form of counseling would not be in the interest of society.

At this stage the church, mosques, opinion leaders, teachers and parents especially must join hands in bringing up the young ones.

An effective intervention can save the situation.