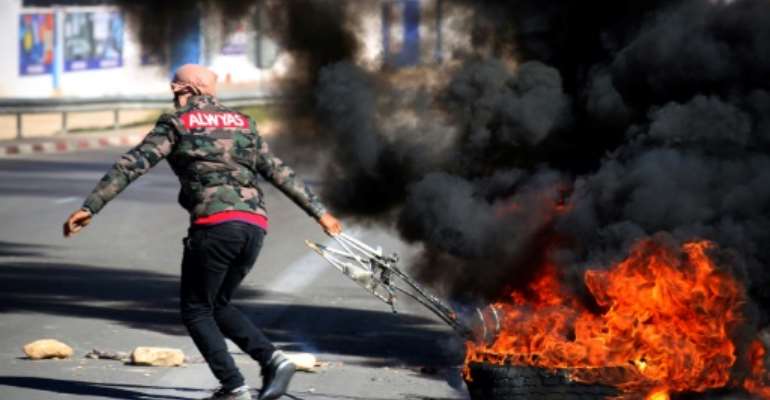 Tataouine is a long-marginalised region in southern Tunisia where unemployment stands at over 30 percent. By FATHI NASRI (AFP)

Dozens of Tunisian youths on Friday blocked roads in the long-marginalised southern Tataouine region in anger over unkept government promises to provide work and investment.

In November last year, the administration of Prime Minister Hichem Mechichi pledged to create hundreds of jobs and a fund to launch economic projects in Tataouine after talks with union leaders and protesters after a months-long blockade of an oil installation.

On Friday, some protesters burned tires and chanted slogans while others made businesses and institutions to shut and take part in the demonstration, which has been criticised by some residents, an AFP correspondent said.

On Thursday, the army intervened to stop a dozen protesters from accessing the El-Kamour oil production site and blockading a pipeline, the protest movement said on its Facebook page.

The pipeline carries half of the crude produced by Tunisia's modest oil sector and has been blocked several times, notably in 2017 by sit-ins that devolved into clashes with security forces.

Tataouine already suffered over 30 percent unemployment, one of the highest rates in the country, while poverty is around 17.8 percent.

The coronavirus pandemic has wiped out thousands of informal jobs and strangled illicit cross-border trading networks with Libya and Algeria that bring vital income to many of the region's households.

The latest protests come as Mechichi is at odds with President Kais Saied over a proposd cabinet reshuffle.