Russian advisor in C.Africa urges rebels to turn in their leaders 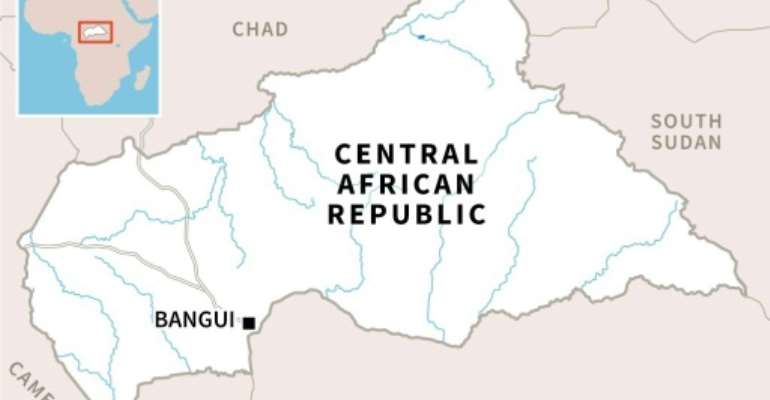 A rebel alliance waging an offensive against Central African Republic's government has sought to cut-off the capital Bangui from Cameroon. By S. Ramis/J.Jacobsen, jj/ (AFP/File)

A key Russian advisor to the Central African Republic on Friday urged rebels engaged in an offensive against President Faustin Archange Touadera to hand over their leaders.

"I'm making an appeal to members of the armed groups: the only way out for you is to handcuff your leaders and turn them over to the security forces," said Valery Zakharov, who is Touadera's national security advisor.

His statement -- issued under the CAR's presidential letterhead -- came a day after the government said a sixth town seized by the rebels had been recaptured with Russian and Rwandan help.

Russia has since 2018 openly supported the Touadera regime, which only controls about one-third of a deeply poor country wracked by partisan and communal strife.

Most of its territory is divided among many armed bands.

Under a bilateral defence accord, numerous Russian paramilitaries from the Wagner Group, a shadowy private military company, operate in the CAR. Their official status is to train the country's army.

They have been joined by hundreds of other Russian paramilitaries, along with Rwandan troops, who were flown in after rebels advanced on the capital ahead of presidential elections on December 27.

The offensive was launched by six militias gathered in an alliance calling itself the Coalition of Patriots for Change (CPC).

Zakharov noted that the six were among 14 armed groups that had signed a peace pact with Touadera's government two years ago in Khartoum.

"Some military-political groups have crossed the red line, have refused to carry out the terms of the accord signed in Khartoum and can no longer be a part of the political process," Zakharov warned.

"The heads of these factions should henceforth be banned."

On Monday, the rebels' 50-day blockade of the capital Bangui crumbled when the first aid convoy arrived in the capital.

On Thursday, the government announced that the strategic town of Beloko had been "liberated" by the army "and their Russian and Rwandan allies" -- the sixth since the start of the rebel offensive.

On January 18, the Constitutional Court confirmed that Touadera won the presidential election with 53.16 percent of the votes.

But barely a third of the potential ballots were cast because of voter intimidation in areas controlled by the militias.

Collaborate with NIA to end compilation of new voters’ regis...
43 minutes ago