Zambians wary of Moroccans as they defend remarkable home record 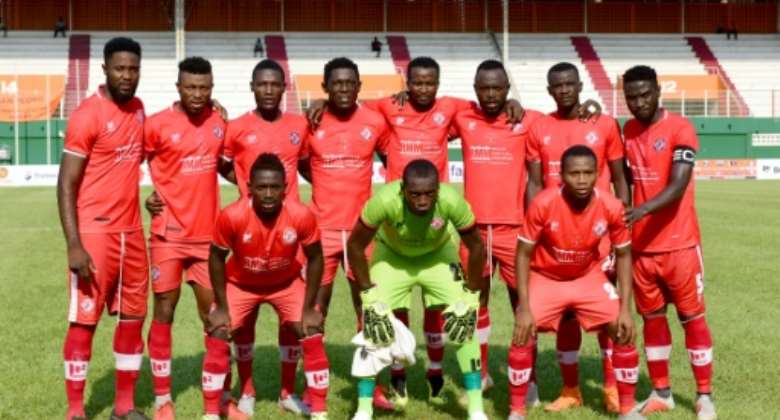 Zambian club Nkana will this weekend defend a record of never losing at home in 63 CAF matches, with coach Kelvin Kaindu warning that Moroccan opponents Tihad Casablanca must not be underestimated.

Tihad are a second-division club who qualified for the CAF Confederation Cup by winning the Throne Cup, the premier knockout competition in the north African kingdom.

"There are no minnows in the Confederation Cup," said Kaindu. "Tihad are there on merit and we know how clubs from the southern Africa often struggle against those from the north."

Here, AFP Sport highlights five of the 15 playoff first legs scheduled for Saturday and Sunday in the African equivalent of the UEFA Europa League:

Nkana debuted in Africa 38 years ago, drawing 2-2 with Mbabane Highlanders from Swaziland (now eSwatini) in the African Cup of Champions Clubs, forerunner to the CAF Champions League.

Since then they have also hosted Confederation Cup, African Cup Winners Cup and CAF Cup matches and never lost -- a record not even 20-time CAF title winners Al Ahly from Egypt can match.

The Zambian outfit came closest to winning a CAF competition in 1990, losing on penalties to JS Kabylie of Algeria in the Cup of Champions Clubs final.

This pairing of clubs from the southeastern Nigerian cities of Port Harcourt and Aba ensures the most populous country in Africa will have a representative in the group stage.

But it also means that the original four-club Nigerian challenge for Champions League and Confederation Cup glory will be reduced to just one with Plateau United and Kano Pillars already eliminated.

There are seven former African champions among the 30 playoff hopefuls and two, Asante Kotoko of Ghana and Entente Setif of Algeria, were drawn together in a clash of clubs lacking CAF match practice.

Kotoko won and lost Champions League ties reduced from two legs to one because of coronavirus regulations and scored only once in 180 minutes before being demoted to the second-tier competition.

Setif did not even get a chance to play in the Confederation Cup as they received a bye, then a walkover when Chadians Renaissance failed to turn up in N'Djamena for their home fixture.

The silver lining for CS Sfaxien of Tunisia after being ousted from the Champions League was a place in a competition where they have excelled, reaching four finals and winning three.

Sfaxien boast a potential match-winner in Fires Chaouat, whose five goals made him the joint leading scorer in the Champions League after the qualifying phase.

Kigali squeezed into the playoffs thanks to two away-goal victories and rely heavily on Nigerian Aboubakar Lawal for goals.

This is a match for the romantics with Young Buffaloes of eSwatini and Etoile Sahel of Tunisia inhabiting far apart rungs of the African football ladder.

Buffaloes rank among the also-rans on the continent and qualified for the playoffs despite not winning any of four matches in the Champions League before dropping to the Confederation Cup.

Etoile are the only club to have won all five current and former CAF competitions and nine titles places them fourth behind Ahly, fellow Egyptians Zamalek and TP Mazembe from the Democratic Republic of Congo among the most successful.