Rebels in Senegal's Casamance under pressure after offensive 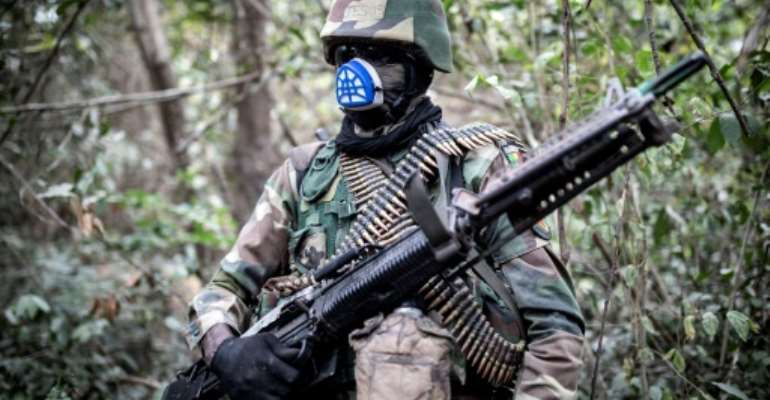 Senegalese troops launched an offensive against rebels in Casamance on January 26. By JOHN WESSELS (AFP)

A military offensive in Senegal's southern region of Casamance has thrown separatist rebels on the back foot, raising the prospect that one of Africa's oldest conflicts may finally end.

Thousands have died since the Casamance Movement of Democratic Forces (MFDC) began its fight for independence in 1982.

The poor region had returned to an uneasy calm in recent years.

But Senegal, supported by neighbouring Guinea-Bissau, suddenly launched an offensive on January 26, claiming the capture of several bases and forcing the rebels to fall back.

"We very much wish for an end to the rebellion," said Bailo Coly, who has been displaced by the conflict.

"It has done us a lot of harm, delaying the region by 50 years and creating social rifts."

The conflict has rumbled on at a low level for several years, with occasional flareups. 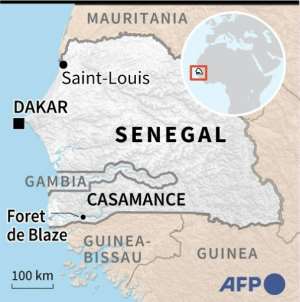 In 2018, 14 young men were slaughtered in execution style-killings north of the regional capital Ziguinchor.

Another aim is to curb the illegal cannabis and timber trade, which Casamance separatists are thought to control.

Troops captured several simple tin and wood shelters from the rebels under the huge trees of the Blaze forest, which they said had served as bases.

Army officers led media, including AFP, on a tour of the captured bases and displayed dilapidated items they had captured, including mortars, rusty rifles and kitchen utensils.

An expert in Casamance politics, who requested anonymity because of the sensitivity of the issue, said that the separatists had been badly outgunned.

But he also added that the MFDC is also losing its emotional appeal among locals. 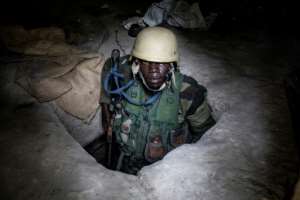 A Senegalese soldier emerges from a bunker at a captured rebel base in Blaze Forest in Casamance. By JOHN WESSELS (AFP)

"Those Casamancais who believe in independence have come to realise, little by little, that this is no longer straightforward," the expert said.

Casamance, home to 1.9 million people, was once part of Portugal's colonies in West Africa, along with what today is Guinea-Bissau.

Adding to this historical distinction is Casamance's location.

It is almost separated from the rest of Senegal by The Gambia -- a remoteness that fed into perceptions of discrimination by the government in far-off Dakar and helped create an independence movement that erupted into violence in 1982.

An MFDC fighter who fled to Guinea-Bissau after the offensive, and who requested anonymity, told AFP that the rebels were poorly equipped. 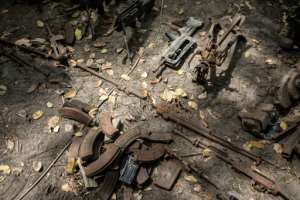 Senegalese troops showed weapons, ammunition and other items at a captured base. By JOHN WESSELS (AFP)

"We withdrew because we could not face the firepower of the Senegalese army," he said.

The operation against the rebel forest bases began with artillery fire and ended with a ground offensive, which had air support, according to an army officer who requested anonymity.

As well as improved military capabilities, a realignment in West African politics may have played into Senegal's hands.

The Gambia had long been accused of aiding the rebels, for example. But Gambian President Adama Barrow, who came to power in 2017, is considered close to Senegalese President Macky Sall.

The expert in Casamance politics said it was Embalo's ascent which proved "decisive".

'Ready to lay down arms'

The rebels are still believed to have bases in the Ziguinchor region and near the Gambian border.

Colonel Souleymane Kande, one of Senegal's military commanders in Casamance, nonetheless said he thought some MFDC factions "are ready to lay down their arms". 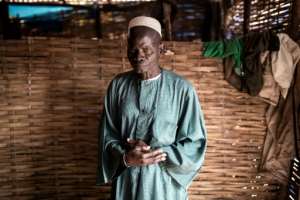 He added that soldiers would remain on the captured bases and any rebel exactions on civilians "will be viewed as a declaration of war."

Solo Sima, a villager, told AFP he was "very happy" with the army's operation.

"I find it hard to realise that the armed men are no longer there because we are so traumatised," he said.

Edmond Bora, an 80-year-old former separatist leader, said he had tried, at the request of villagers, to convince the rebels to negotiate when the army began its offensive.

"We can't continue to shoot each other (and continue) without negotiating for 40 years," he said.

Writing in Le Quotidien newspaper this week, Senegalese political analyst Yoro Dia warned that peace is not guaranteed despite the military gains.

President Sall attempted to revive peace talks with the rebels after he came to office in 2012, but the two sides ultimately failed to reach an agreement.

"The army won the war," Yoro Dia said. "It is the politicians who are incapable of winning the peace".